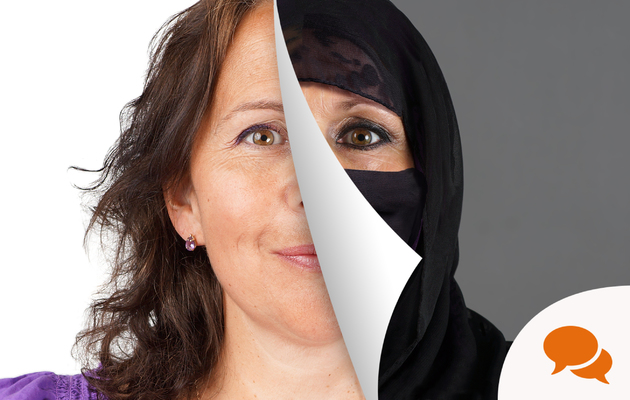 Under an emergency law that took effect yesterday, women in Sri Lanka are banned from wearing face veils.

The law’s implementation comes just over a week after the Easter Sunday attacks on churches and hotels that left more than 200 people dead.

Authorities said it would be helpful to security forces in their search for remaining plotters and their network. Isis (Islamic State) claimed responsibility for the attacks, although the group’s degree of involvement was not immediately clear.

But human rights experts and regional analysts alike are concerned that the ban may do more harm than good.

The attacks were the worst violence the country had seen since its civil war ended a decade ago. That war was not fought on religious lines but between the state and the Liberation Tigers of Tamil Eelam, or Tamil Tigers, a separatist group that made suicide bombings a hallmark of its fight for the Tamil nation independent from Sri Lanka and its Sinhalese majority.

After Tamil Tiger attacks, Meenakshi Ganguly, South Asia director at Human Rights Watch, told the Washington Post, Tamil civilians faced discrimination. The United Nations has estimated that as many as 40,000 Tamil civilians were killed by the state in the last few months of the war.

Sri Lanka’s anti-terrorism legislation – the Prevention of Terrorism Act of 1978 – has been denounced by critics who say it has permitted the targeting and detention of members of the Tamil minority.

And this is, as Ganguly put it, “the broader issue . . . collective punishment after attacks.”

“The reaction should be to find the perpetrator. . . and to prosecute those people,” she said. It should not be “the collective punishment of Muslim women,” at least some of whom will be confined to their homes if they are to both practice their faith and observe the ban, Ganguly said.

Muslims make up roughly 9.7 percent of the population of Sri Lanka. Before the Easter Sunday attacks, the Muslim community did not have a history of violent extremism in Sri Lanka, although its members have faced pressure and persecution by some in the Buddhist majority in recent years.

“The veil ban telegraphs in a counterproductive way that Sri Lanka’s Muslim community is being singled out as a security risk. That itself could further deepen suspicions between Muslims and other religious groups on the island,” Joshua White, an associate professor and South Asia expert at the Johns Hopkins University School of Advanced International Studies, wrote in an email.

And the Muslim minority in Sri Lanka is already worried about possible retaliation in the wake of the Easter attacks. Already, some have been dealing with hateful online messages, and stones have been thrown through the windows of some Muslim homes and businesses.

“Already the Muslim community is feeling under enormous pressure,” Ganguly said. Showing true “leadership” would be to find out who was responsible and prosecute them, she added.

“Sri Lanka cannot once again fall into a state where it violates human rights,” Ganguly said.

Sri Lankan authorities, who have come under criticism for failing to stop the attacks before they happened, have presented the emergency law as necessary to help security services. Yet critics wonder whether a face-veil ban will actually be of significant use, given that it was mostly (though not exclusively) men who carried out the Easter attacks.

“Over the long term, what concerns me about the veil ban is that it involves pressuring an already vulnerable minority community to give up some of its rights in exchange for a negligible public safety benefit,” said White, a former senior adviser and director for South Asian affairs in President Barack Obama’s National Security Council.