Salman Khan’s Dabangg 3 is set to hit the theatres on 20th December 2019. The Dabangg franchise which has been a favorite for all action flick lover will get its third installment this year. 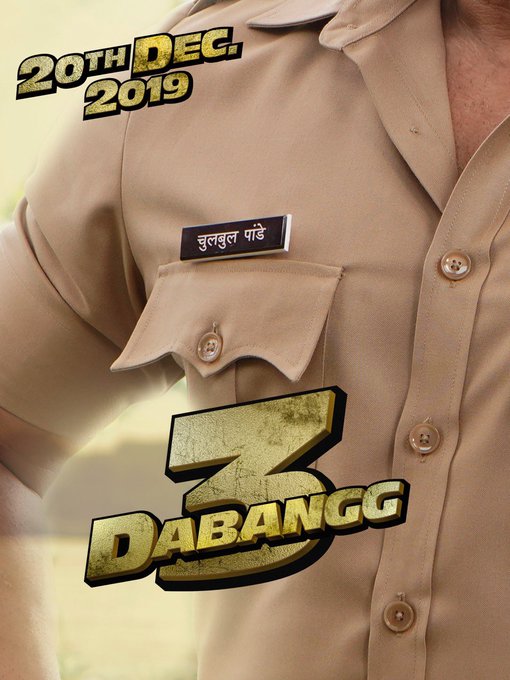 Chulbul Pandey has earned an iconic status in Bollywood ever since the first look hit the nation. Salman Khan has filled the character’s life and individuality that no other actor can ever take its cult place. The action comedy has begun its shoot at various locations of Madhya Pradesh.

‘Dabangg 3’ is being helmed by Prabhu Deva. The film marks the second collaboration of Salman and the director. The two have previously worked together in ‘Wanted’.

The upcoming film also stars Sonakshi Sinha, reprising her role of Rajjo in the film. Sonakshi made her acting debut alongside Salman in ‘Dabangg’, which released in 2010.

This is the third film in the ‘Dabangg’ series. The movie is being produced under the banner of Salman Khan Films and Arbaaz Khan Production. It is expected to release around Christmas this year