World number one Ronnie O’Sullivan crashed out of the World Championship in the first round after suffering a stunning defeat to amateur James Cahill.

In arguably the biggest shock in the tournament’s history, Cahill held his nerve to beat five-time champion O’Sullivan 10-8 at the Crucible.

O’Sullivan was a prohibitive favorite before the match after a season which saw him win five titles and compile his 1,000th career century on his way to victory in the Tour Championship. 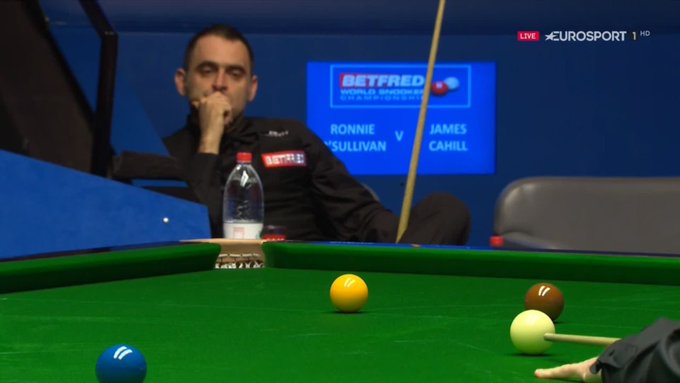 The moment that shocked the snooker world

The 23-year-old from Blackpool will face Scotland’s Stephen Maguire in the second round.

A delighted Cahill told the BBC: “I believe I can beat anyone on the day.”

Asked how he managed to hold his nerve to pot the final few balls to clinch victory over O’Sullivan, he replied: “I don’t really know. I thought I was going to fall over at one point.

“I thought I’d be nervous when I went out there today but I wasn’t. I was a bit tense in parts but I think I have shown quite a bit of bottle.