Armed right-wing militias have been systematically detaining asylum-seekers at gunpoint along the US-Mexico border in operations that are apparently coordinated with the federal Customs and Border Patrol (CBP) agency.

The role of one particular group in detaining immigrants, the United Constitutional Patriots (UCP), came to light this week after the group uploaded several videos on social media, showing its members masked, dressed in camouflage, heavily armed and walking with dogs as they “patrolled” the border and corralled several hundred asylum seekers in Sunland Park, New Mexico, just outside El Paso, Texas.

While the border region has seen vigilante patrols by armed militias in the past, this latest development marks an even more dangerous turn, with the Trump administration appearing to give full rein to these fascist elements.

Trump has actively encouraged the growth of vigilante groups by whipping up a xenophobic hysteria over the border, deploying thousands of active duty soldiers to border states and declaring a national emergency in order to use Pentagon funds to build a border wall, in violation of the US Constitution. He has repeatedly echoed fascist rhetoric, referring to migrants seeking asylum in the US as gang members and “invaders,” while publicly musing about the use of machine guns to deter border crossers.

During a visit to the US-Mexico border earlier this month, the president reportedly told the director of the CBP to bar asylum seekers from entering the US, a violation of international and US law, and promised that he would pardon him if he encountered any legal issues.

In a video posted this week on social media by UCP, several hundred exhausted migrants are shown being forced to kneel and huddle together in the dark, blinking in a dazed manner at spotlights being shone on their faces by armed militia members. Children can be heard coughing. The narrator of the video, Jim Benvie, declares, “There is no border patrol here. This is us.” Six minutes into the footage, Border Patrol agents appear. 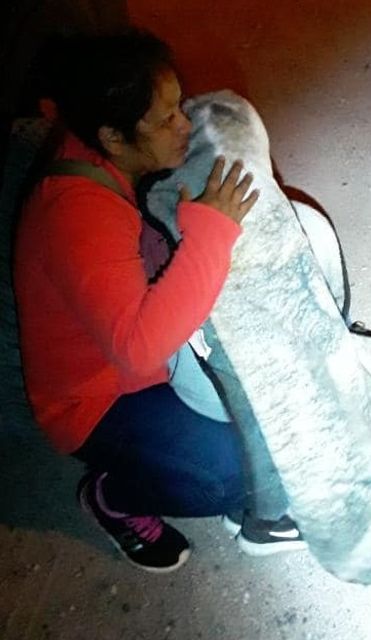 Another video posted by Benvie shows him approaching a group of four adults and three children, falsely identifying himself as “Border Patrol” before calling another militia member to join him. The second man, wearing camouflage pants, orders the group to get to the ground. The men later appear to contact the Border Patrol, with a voice saying, “Hello, I’ve got seven over here.”

In a telephone interview with the New York Times, Benvie insisted that the actions of his group were legal and that their detention of migrants was akin to “a verbal citizen’s arrest.” While he acknowledged that members of the militia were armed, he claimed they did not carry military-style rifles while on patrol and were instructed not to point their guns at the migrants.

However. the videos posted by the group show a least one militia member dressed in military-style fatigues, and multiple members armed with semi-automatic rifles. Chillingly, Benvie told the Times, “If these people follow our verbal commands, we hold them until Border Patrol comes. Border Patrol has never asked us to stand down.” The UCP has set up camp in an area outside El Paso, laying in wait for migrants crossing the border.

In response to the revelations and a statement by the American Civil Liberties Union (ACLU) denouncing the militia’s actions as illegal, state authorities have tried to distance themselves from the group. The Democratic governor of New Mexico, Michelle Lujan Grisham, declared that it was “completely unacceptable” that migrant families “might be menaced or threatened in any way, shape or form when they arrive at our border…[and that it] should go without saying that regular citizens have no authority to arrest or detain anyone.” Hector Balderas, New Mexico’s attorney general, issued a statement saying, “These individuals should not attempt to exercise authority reserved for law enforcement.”

As for CBP, while its spokesperson Carlos Diaz repeated the official line in a written statement that the agency “does not endorse private groups or organizations taking enforcement matters into their own hands,” he very noticeably avoided talking about the specific militia, or the appearance of federal border patrol agents in the video.

Benvie told the Times that the UCP “plans to remain on the border until the extended wall proposed by President Trump is built or Congress changes immigration laws to make it harder for migrants to request asylum.”

The UCP’s founder, Larry Mitchell Hopkins, who goes by the pseudonym Johnny Horton Jr., sent his militia, which includes disabled veterans, to the southern border late last year in response to racist rumors stoked by President Trump about the caravan of Central American migrants traveling through Mexico to seek asylum in the US.

Hopkins boasts of being in regular contact with Trump since he met the future president and his then-wife Ivana when he was performing as a musician in Las Vegas. He claims that the president asked him for intelligence on the northern border with Canada because that is where “all of the Muslims are coming in.” He told the Southern Poverty Law Center last year that his group was getting information from “very high agencies” in the federal government.

“[I’]m 69 years old and i am going to the border when i know the enemy is close to the border, I am going to fight and i may give my life but at least i will be there and stand by my oath,” Hopkins declared in a Facebook post in October. He claims that his group has detained more than 3,500 migrants in the last month alone.

Other militia groups that have descended on the southern border in recent years with military-style weaponry and armored vehicles include American Border Patrol, Veterans on Patrol, Arizona Border Recon and the Utah Gun Exchange.

Heavily armed, members of these far-right groups have resorted to violence against migrants and residents of the US alike.

Before his death by suicide in 2012, the co-founder of the Minuteman Civil Defense Corps (MCDC), J.T. Ready, an avowed neo-Nazi, was being investigated by the FBI over the suspected murders of migrants in the Arizona desert. Three members of the Minutemen American Defense militia, a split-off from the MCDC, were convicted in 2011 for the 2009 murders of Raul Flores Jr. and his nine-year-old daughter Brisenia.

The proliferation of neo-fascist terror groups on the border takes place in a definite political context. A large majority of the American population is opposed to Trump’s vicious persecution of immigrants and his moves toward authoritarian rule. Tens of millions of Americans support a policy of open borders and oppose the criminalization of undocumented immigrants.

However, the Democratic Party is virtually silent on Trump’s moves to transform the US-Mexico border into a militarized network of detention camps and eviscerate the right to asylum. Instead, leading Democrats are increasingly echoing Trump’s talk about a “crisis” at the border and adapting themselves to his far-right immigration policy. Democratic presidential candidate Bernie Sanders recently made a point at a campaign event in Iowa of declaring his opposition to open borders and warning that such a policy would open the floodgates to impoverished foreigners, echoing Trump’s efforts to pit US workers against their class brothers and sisters around the world.