Scotland Yard’s head of counter-terrorism today revealed there is sufficient evidence to charge two Russian nationals as part of the probe into the Novichok poisoning probe in Salisbury and Amesbury.

Alexander Petrov and Ruslan Boshirov could be charged with offenses including conspiracy to murder over the Salisbury nerve agent attack, Scotland Yard and the Crown Prosecution Service have announced.

Assistant Commissioner of the Metropolitan Police Neil Basu said it is likely the names are aliases and Petrov and Boshirov are not their real names. They are believed to be aged around 40. 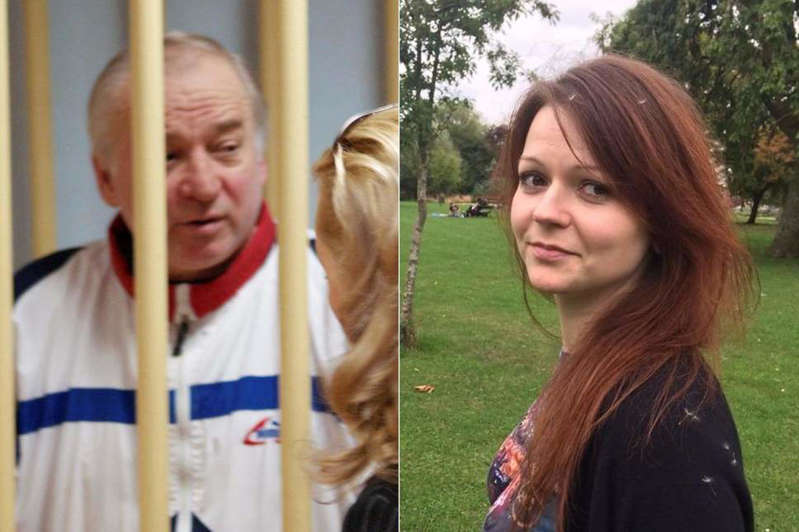 © PA Sergei Skripal and his daughter Yulia were poisoned in the nerve agent attack on UK soil Sue Hemming, CPS director of legal services, said: “Prosecutors from CPS Counter Terrorism Division have considered the evidence and have concluded there is sufficient evidence to provide a realistic prospect of conviction and it is clearly in the public interest to charge Alexander Petrov and Ruslan Boshirov, who are Russian nationals.” 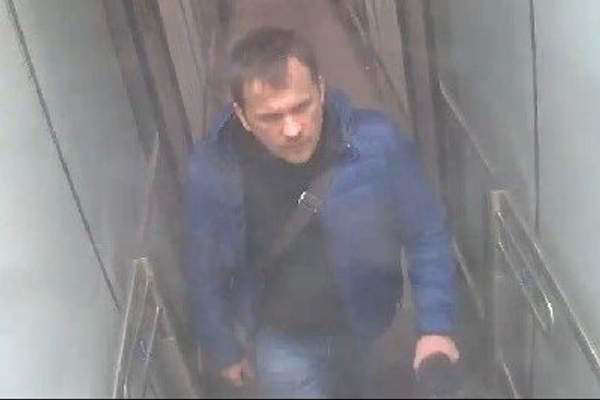 © Metropolitan Police Alexander Petrov seen on CCTV at Gatwick airport at 3pm on March 2 Those offences include conspiracy to murder Sergei Skripal; the attempted murder of Sergei Skripal, Yulia Skripal and Nick Bailey; the use and possession of Novichok contrary to the Chemical Weapons Act; and causing grievous bodily harm with intent to Yulia Skripal and Nick Bailey. 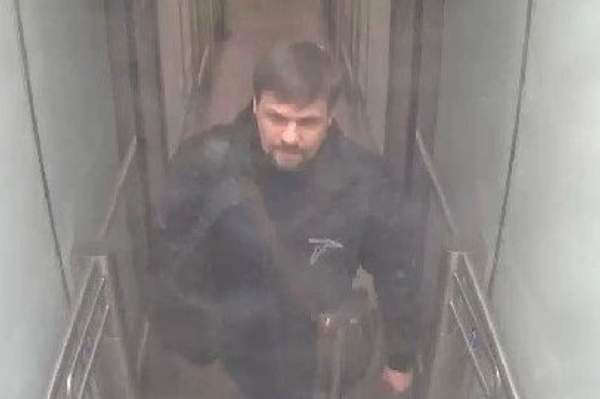 © Metropolitan Police ‘Ruslan Boshirov captured in the same CCTV at Gatwick “A realistic prospect of conviction means the CPS is satisfied on an objective assessment that the evidence can be used in court and that an objective, impartial and reasonable jury hearing the case, properly directed and acting in accordance with the law, is more likely than not to convict these two individuals of the charges,” Ms Hemming said. 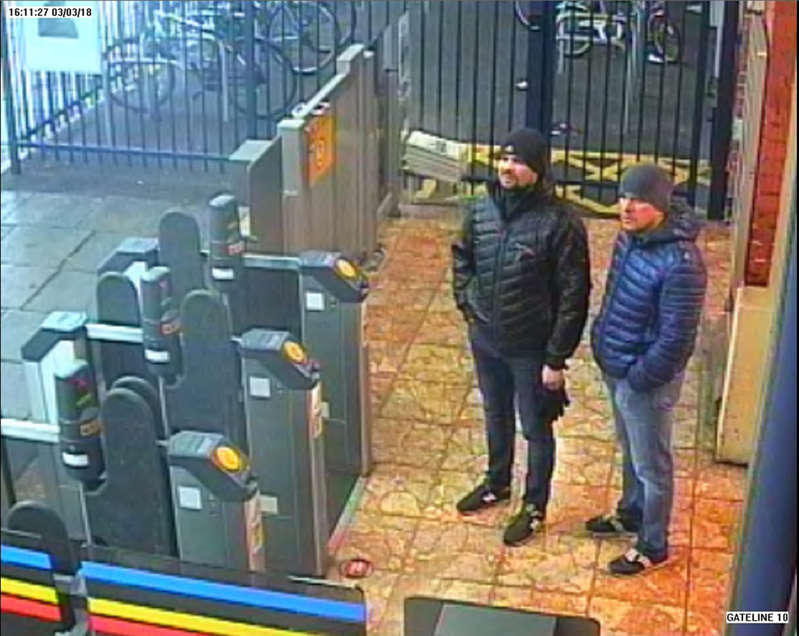 © PA CCTV image issued by the Metropolitan Police of Russian Nationals Ruslan Boshirov and Alexander Petrov at Salisbury train station at 16:11hrs on March 3, 2018. “It is of course for a jury to decide whether the evidence is enough for them to be sure of the suspect’s guilt. 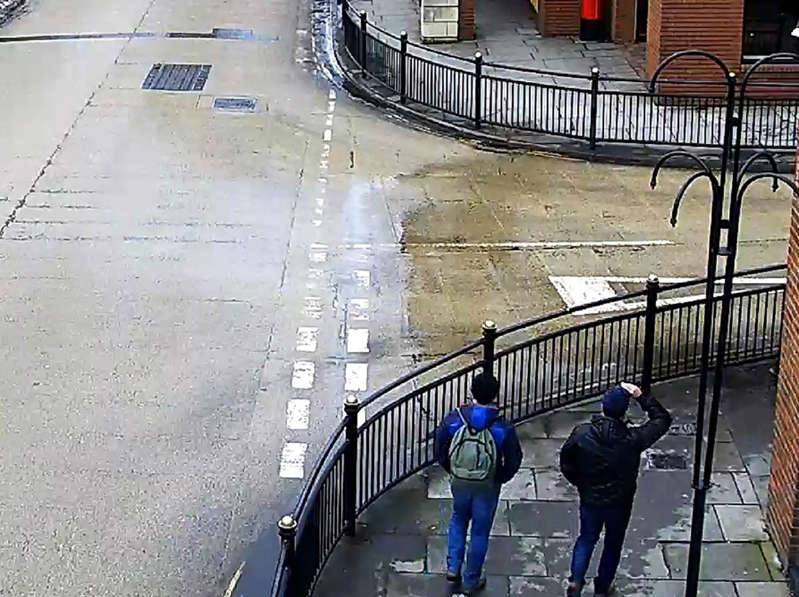 © PA CCTV image issued by the Metropolitan Police of Russian Nationals Ruslan Boshirov and Alexander Petrov (on Fisherton Road, Salisbury at 13:08hrs on March 4, 2018. “We will not be applying to Russia for the extradition of these men as the Russian constitution does not permit extradition of its own nationals. 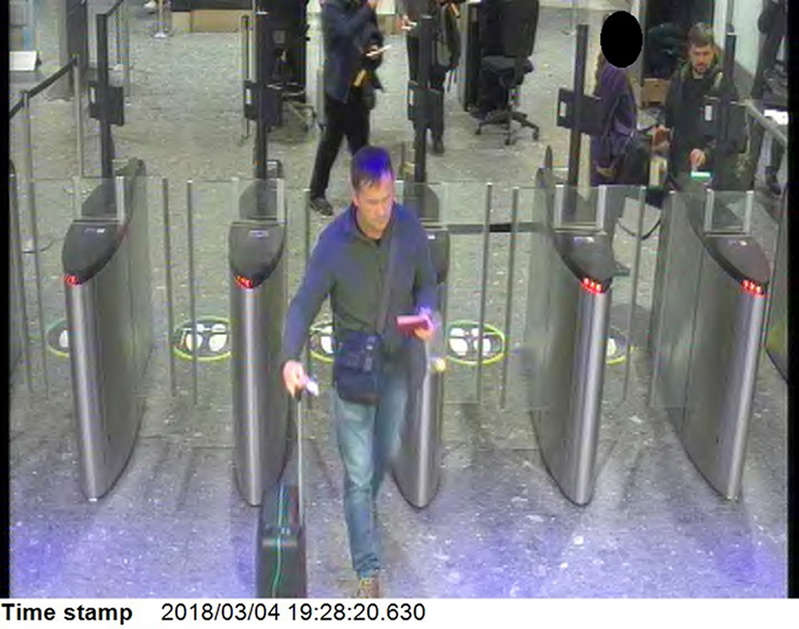 © PA Handout CCTV image issued by the Metropolitan Police of Russian Nationals Ruslan Boshirov and Alexander Petrov at Heathrow airport security at 19:28hrs on March 4, 2018. “Russia has made this clear following requests for extradition in other cases. Should this position change then an extradition request would be made. 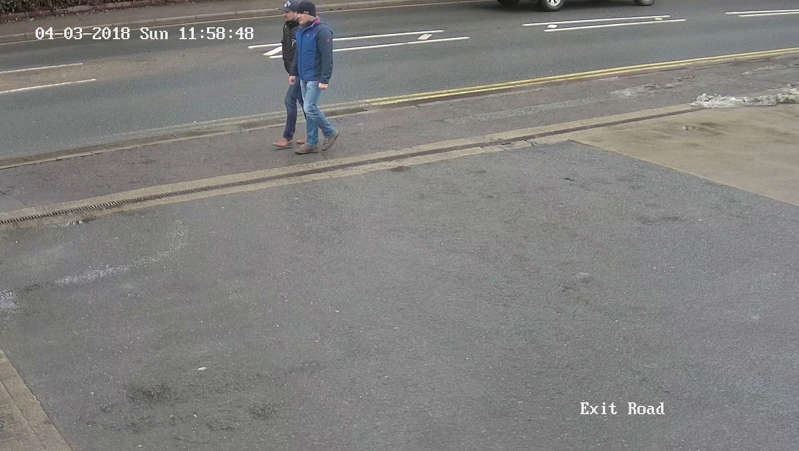 © PA CCTV image issued by the Metropolitan Police of Russian Nationals Ruslan Boshirov and Alexander Petrov on Wilton Road, Salisbury at 11:58hrs on March 4, 2018. “We have, however, obtained a European Arrest Warrant which means that if either man travels to a country where an EAW is valid, they will be arrested and face extradition on these charges for which there is no statute of limitations.” 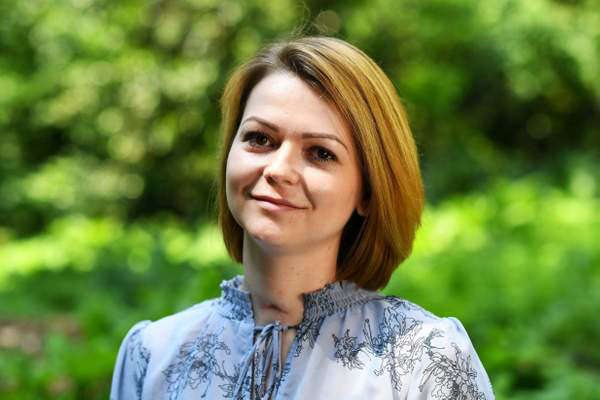 © PA Yulia Skripal was poisoned alongside her father Sergei Yesterday independent investigators confirmed the toxic chemical that killed Dawn Sturgess in Amesbury was the same nerve agent as that which poisoned Sergei and Yulia Skripal three months earlier. 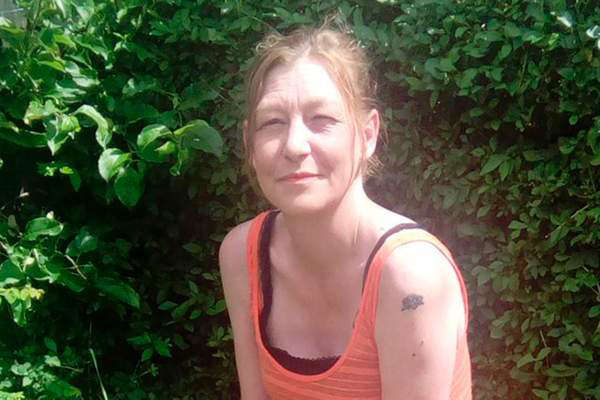 © Getty Dawn Sturgess died after being exposed to the Novichok nerve agent in Amesbury The Organisation for the Prohibition of Chemical Weapons (OPCW) said its team had confirmed the findings of the UK, which concluded in July that the substance used was Novichok.

Ms Sturgess and her partner Charlie Rowley fell ill at his home in Amesbury, near Salisbury, on June 30. 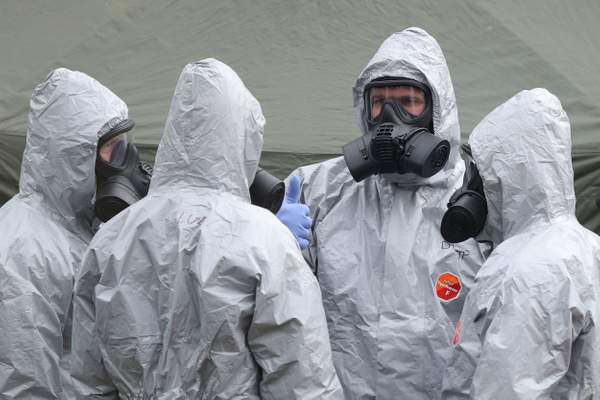 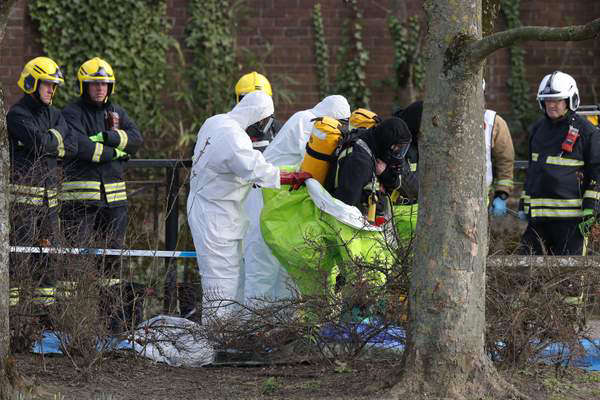 © Andrew Matthews/PA It is believed they were exposed to a military grade nerve agent from a perfume bottle discarded by those responsible for the attack on former Russian double agent Mr Skripal and his daughter in March, which also saw Wiltshire police officer Detective Sergeant Nick Bailey caught up in the attack. 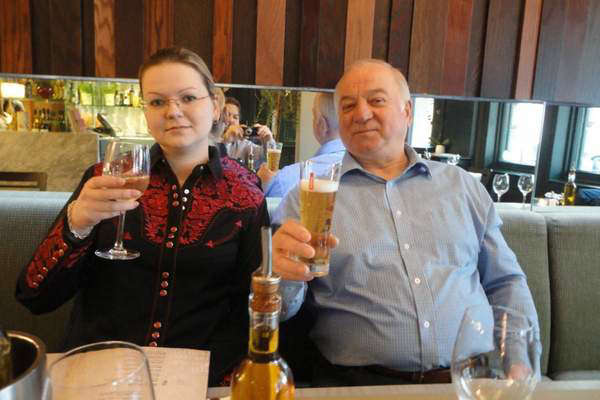 Former Russian spy Sergei Skripal and his daughter Yulia both survived the nerve agent poisoning The OPCW on Tuesday evening said: “The results of the analysis by the OPCW designated laboratories of environmental and biomedical samples collected by the OPCW team confirm the findings of the United Kingdom relating to the identity of the toxic chemical that intoxicated two individuals in Amesbury and resulted in one fatality. 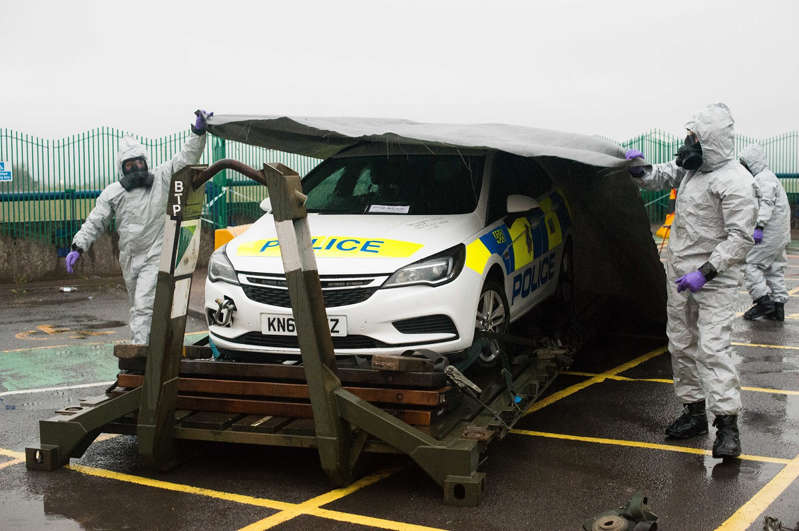 © PA Ministry of Defence handout file photo dated 09/03/18 of soldiers removing a contaminated police car from the Accident and Emergency entrance at Salisbury District Hospital in Wiltshire. “The toxic chemical compound displays the same toxic properties of a nerve agent.

“It is also the same toxic chemical that was found in the biomedical and environmental samples relating to the poisoning of Mr Sergei Skripal, Ms Yulia Skripal, and Mr Nicholas Bailey on March 4 in Salisbury.”

The OPCW said it was not possible to conclude whether the nerve agent used in the two incidents was from the same batch.

In July, Mr Basu said test results from Porton Down on the Amesbury poisoning had shown the victims to have been “exposed to the nerve agent Novichok”.