Theresa May’s Chequers deal is a fix that will only lead to “victory” for the European Union while the UK is left “lying flat on the canvas”, Boris Johnson has warned.

The former Foreign Secretary says the Brexit negotiations are “about as pre-ordained as a bout between Giant Haystacks and Big Daddy” and will leave Britain paying “£40bn of taxpayers’ money for two-thirds of diddly squat”.

Writing for The Telegraph, Mr Johnson accuses “some members” of the Government of deliberately using the Irish border issue to “stop a proper Brexit” and effectively keep Britain in the EU.

The Prime Minister’s plan to tie Britain to EU standards on goods under a “common rulebook” will mean the UK has “gone into battle with the white flag fluttering over our leading tank”, he says.

Mrs May will this week face the start of what is likely to prove the most testing period of her Premiership as Eurosceptic Tory MPs return after recess intent on destroying her Chequers compromise.

Over the next two weeks the MPs, who are led by Jacob Rees-Mogg, are expected to flesh out their plans for an alternative vision of Brexit based on a Canada-style trade deal in a series of papers fronted by former ministers.

The firm run by Sir Lynton Crosby, the election guru who helped run the Prime Minister’s last campaign, is working with Eurosceptic Tory MPs on the plans to “chuck Chequers”. 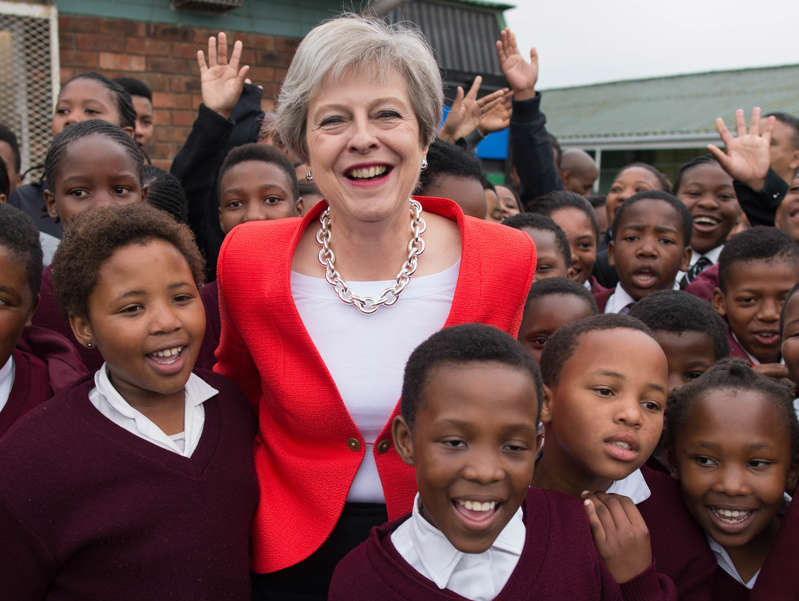 © PA Theresa May On Sunday David Davis, the former Brexit Secretary, warned that Mrs May is poised to make further concessions after she said she would not do so unless it was in the “national interest”. He said her comments meant it was now “open sesame” for more climbdowns.

In his article, Mr Johnson compares the Brexit negotiations to a staged fight: “Out of their corners come, Dominic Raab and Michel Barnier, shrugging their shoulders and beating their chests – and I just hope you aren’t one of those trusting souls who still think it could really go either way. The fix is in.

“The whole thing is about as pre-ordained as a bout between Giant Haystacks and Big Daddy; and in this case, I am afraid, the inevitable outcome is a victory for the EU, with the UK lying flat on the canvas and 12 stars circling symbolically over our semi-conscious head.” 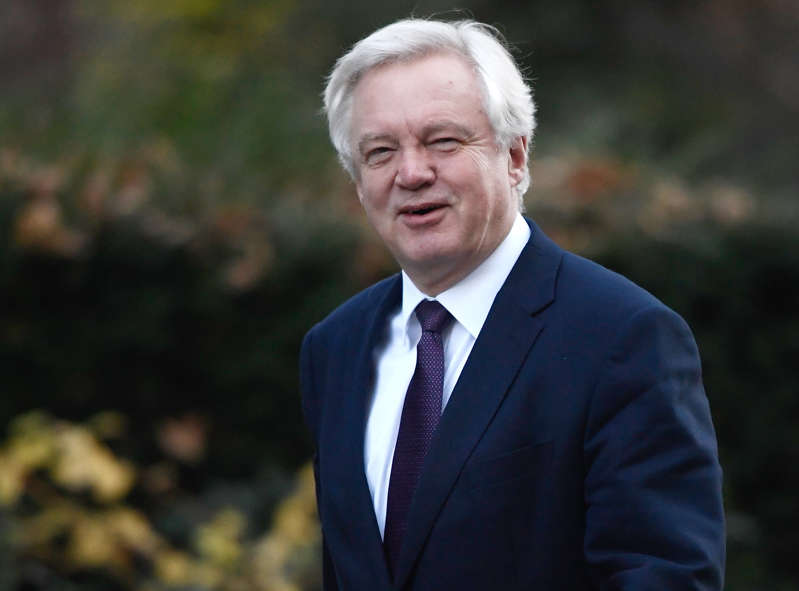 © Reuters David Davis, Secretary of State for Dexeu He says that while the European Union may “huff and puff” and there will be some “confected groaning and twanging of leotards”, Brussels will emerge the winner.

Mr Barnier, the EU’s chief Brexit negotiator, claimed on Sunday that Mrs May’s plans could spell the “end” of the Single Market and “European project” because it would mean that the UK could “cherry-pick” what it wants after Brexit.

However, Mr Johnson says: “They may puff about “cherry-picking” the single market. There may be some confected groaning and twanging of leotards when it comes to the discussion on free movement. But the reality is that in this negotiation the EU has so far taken every important trick. The UK has agreed to hand over £40bn of taxpayers’ money for two-thirds of diddly squat.”

“In adopting the Chequers proposals, we have gone into battle with the white flag fluttering over our leading tank. We will remain in the EU taxi; but this time locked in the boot, with absolutely no say on the destination. We won’t have taken back control – we will have lost control,” he says.

“We will serve as a terrible warning to any other EU country thinking of changing its relationship with Brussels: that even the UK, the fifth biggest economy in the world, was unable to break free of the gravitational pull of EU, and forced to sue for humiliating terms.” 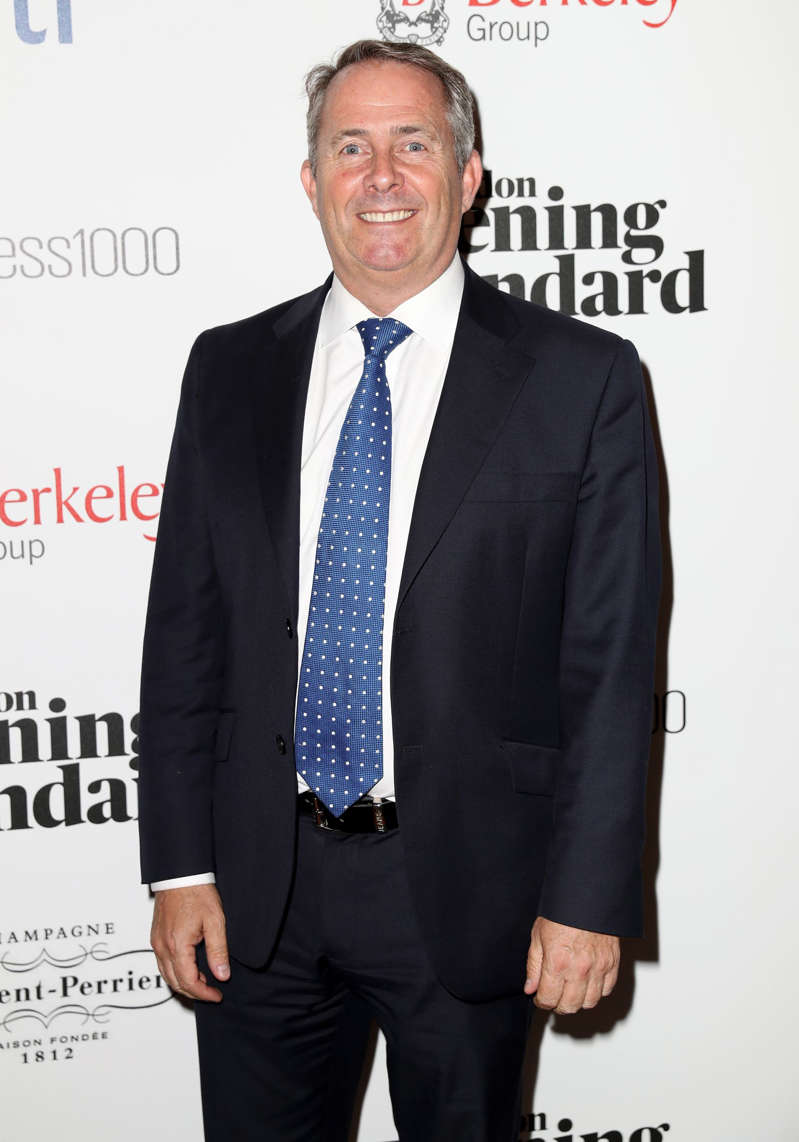 © Getty Images Liam Fox The Irish border issue has been “ingeniously manipulated” by both Brussels and parts of the Government to keep Britain in the Customs Union, Mr Johnson says as he warns that the issue has become “occluded by myths”.

He argues that there is no need for goods checks at the border “not least because the volume of trade is so small”.

“It is now clear that some in the UK government never wanted solutions. They wanted to use that problem to stop a proper Brexit.

“Solving Ireland would mean a solution for Dover-Calais, and they didn’t really want that. They wanted essentially to stay in and to create a Brexit in name only. Of course, that means fixing the Irish border problem. It is fixable. The scandal is not that we have failed, but that we have not even tried.”

He said those propagating the myth of the Irish border issue have been “rumbled” and that the public “can see Chequers is a disaster”.

He also criticises suggestions in the Telegraph by Nick Boles, a Tory MP who backed Remain, that Britain should join the European Economic Area to retain Single Market access and reject Chequers.

“The answer is not to lurch for a Norway or EEA option that is actually more humiliating than Chequers: it would mean taking even more rules from Brussels (on services, for instance) – and does not fix Ireland.”

A group of around 60 Tory Eurosceptic MPs is now poised to publish their own plans for Brexit.

Mr Rees-Mogg told The Telegraph: “This is about showing that Brexit is a decision of the head as well of the heart.

“It will articulate not just the picture of the sunlit uplands but how that reality can be achieved.”

Liam Fox, the International Trade Secretary, said it was a “no-brainer” that the Chequers compromise is better than remaining in the EU.