A man armed with “several knives” killed his mother and sister and seriously injured another woman in a town near Paris on Thursday, officials said.

The man, who police said had been on a terror watch list since 2016, was later shot and killed after confronting police in Trappes.

He also stabbed the third victim, a female passerby, who was gravely injured in the attack. France’s interior minister Gerard Collomb told reporters the attacker had “serious psychiatric problems”, and said the attack was not being treated as terrorism.

Despite providing no evidence, the Islamic State group claimed the attack via its propaganda channel.

The attacker, 36, reportedly shouted “Allahu Akbar” during the rampage, and was shot dead by police after the assault in a residential street.

Local media, citing police sources, said he was discovered to have been carrying several knives.

An emergency phone call made to police at the start of the incident also suggested that the attack was a domestic dispute, according to Europe 1 radio. 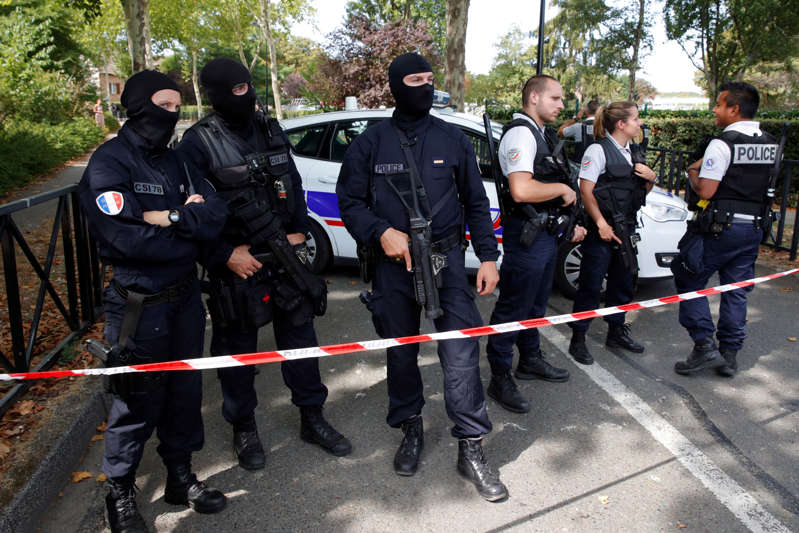 © Reuters French police secure a street after a man killed two persons and injured another in a knife attack in Trappes, near Paris, according to French authorities, France, August 23, 2018. REUTERS/Philippe Wojazer

The attacker entered a house and shouted at police outside: “Allahu Akbar, if you come in I’ll blow you away”, according to Le Parisien newspaper.

When he emerged from the house and threatened officers he was shot dead. Elite French police units specialized in hostage situations had been called to the scene in Trappes, part of the greater Paris area.

Police tweeted that the “operation” was over and that the individual had been “overpowered.”

French Interior Minister Gerard Collomb tweeted that his thoughts were with “the victims and their loved ones,” without saying how many victims there were. 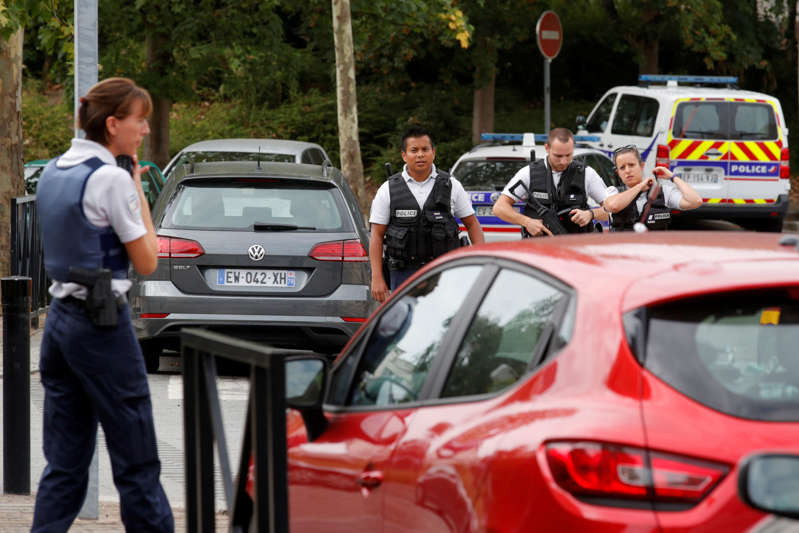 © Reuters French police secure a street after a man killed two persons and injured another in a knife attack in Trappes, near Paris, according to French authorities, France, August 23, 2018. REUTERS/Philippe Wojazer Le Parisien reported that the attacker was known to police for having publicly praised terrorism but the paper cautioned that police were not immediately treating the incident as terror-related.

Isil claimed responsibility for the attack, despite it appearing to be a domestic incident, saying one of its members had carried out the assault.

The terror group provided no evidence, but an online statement from the group’s Amaq news agency said the attacker was an “Islamic State fighter”.

Trappes, about 20 miles southwest of Paris. is an underprivileged town situated in a generally wealthy area that includes Versailles, home to the famous Chateau that served as the royal residence? 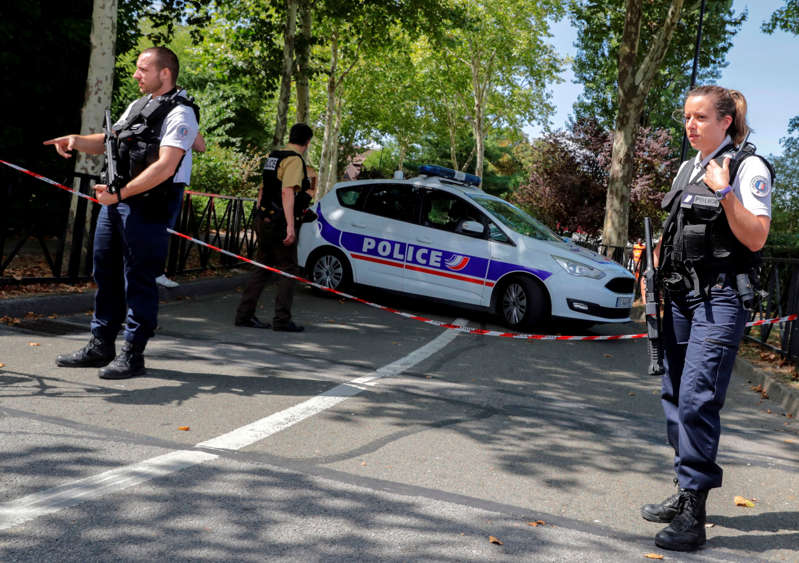 © Getty French police officials stand alert as they cordon off a road in Trappes, south-west of Paris on August 23, 2018, following a knife attack. – A man armed with a knife killed his mother and sister and seriously injured another person in a town near Paris, officials said. The man, who police said had been on a terror watch list since 2016, was later shot and killed after confronting police in Trappes. The motive for the violence remains unclear, but the Islamic State group claimed the attack via its propaganda channel. (Photo by Thomas SAMSON / AFP) (Photo credit should read THOMAS SAMSON/AFP/Getty Images) It is known for problems linked to poverty, gangs and hardline interpretations of Islam.

Around 50 people from the town have gone to fight jihad in the ranks of terror groups in Syria and Iraq, according to French intelligence.

Half of its 30,000 inhabitants are under 25 and the unemployment rate there is around 20 percent.

The French government has placed the town on its list of thirty crime-ridden districts across the country that need to be “reconquered”, which means deploying greater numbers of police.