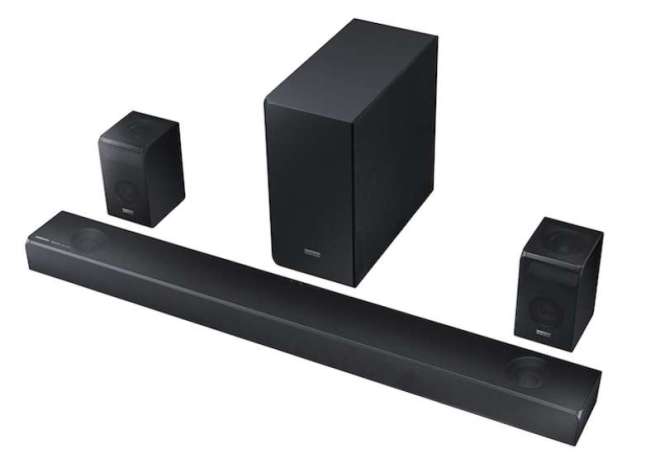 When Samsung acquired Harman International Industries last year, it was pretty obvious the tech brand had eyes on the Harman Kardon audio division. The pair has worked together on a few projects since —smartphones and tablets featuring Harman-owned AKG-tuned audio, for example — but now the collaboration is taking Samsung further into the premium audio sector. Two new co-branded premium soundbars developed with Harman, the Samsung HW-N950, and HW-N850, will go on the market later this month.

Both feature Dolby Atmos and DTS:X for a rich, three-dimensional sound, plus up- and side-firing speakers. The HW-N950 is the more premium of the two, with four speakers and two wireless surround sound speakers with 7.1.4 channels — the largest number of channels available in a soundbar. The HW-N850 is a more pared back version, with the main unit speaker, woofer, and a 5.1.2 channel.

Both will be available from September 1 in the Netherlands. Details on other launch regions and specific pricing is yet to be confirmed, but European figures suggest the HW-N950 will retail for around €1,500 ($1,700) and the HW-N850 for €1,000 ($1,130) — certainly not the cheapest soundbars on the market, but a fair price for kit that’s got both Samsung and Harman expertise squeezed into it.