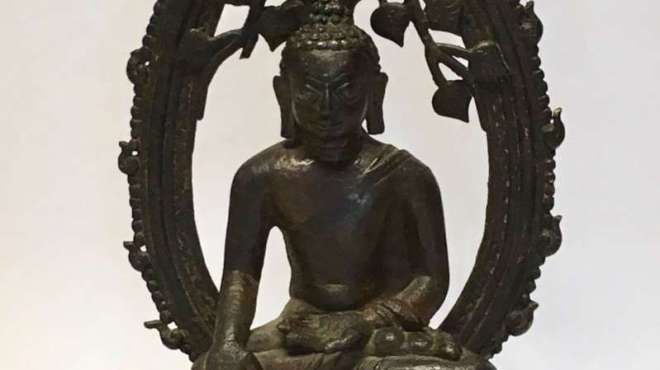 A 12th-century statue of the Buddha stolen from India nearly 60 years ago is to be returned to the country after it was discovered at a trade fair in the UK decades later.

The bronze sculpture was one of 14 statues stolen in 1961 from the Archaeological Museum in Nalanda, eastern India.

It is believed the ancient artefact changed hands several times over the years, before eventually being sent to a London antiques dealer for sale.

The statue was identified at a trade fair in March this year by members of the Association for Research into Crimes against Art, an organisation which works to preserve cultural heritage, and the India Pride Project, which aims to recover stolen artefacts.

Police say the current owner and dealer were unaware of the icon’s history, and agreed for it to be returned to India.

Detective Constable Sophie Hayes, of the Metropolitan Police’s Art and Antiques Unit, said: “We are delighted to be able to facilitate the return this important piece of cultural heritage to India.

“This case has been a true example of co-operation between law enforcement, the trade and scholars. Particular credit must go to the eagle-eyed informants who made us aware that the missing piece had been located after so many years.”

Michael Ellis, UK Minister for Arts, Heritage and Tourism, said the UK was one one of the first countries to recover one of the 14 elusive Buddha statues.

The sculpture will be handed to the Indian high commissioner YK Sinha during a ceremony on Wednesday, which coincides with India’s Independence Day celebrations.