At least 22 people have died, including a child, and five were critically injured after a 200-meter long section of an Italian motorway bridge collapsed.

Devastating footage shows the viaduct on the A10 motorway in Genoa falling apart this morning at around 11.30am. 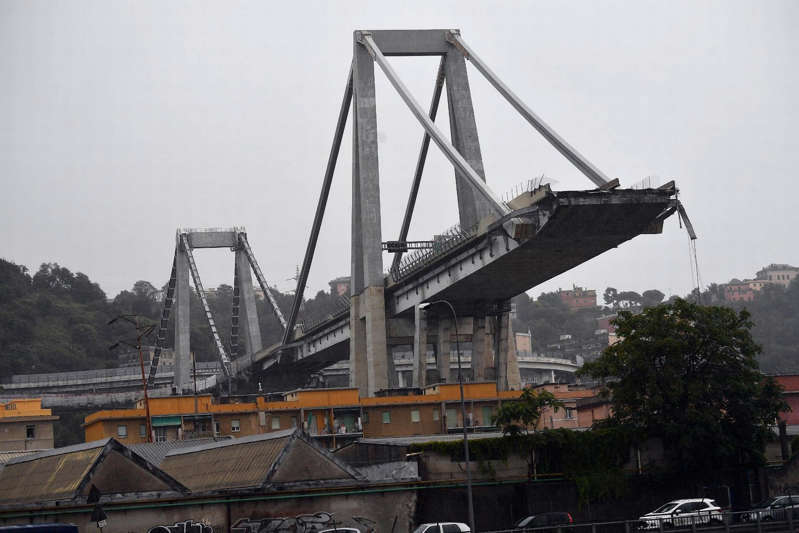 © Rex The elevated motorway bridge collapsed as heavy rain fell on Genoa around 11.30am local time

Firefighters, ambulance, and police are currently at the scene of the huge structure, which broke off near the city’s airport. 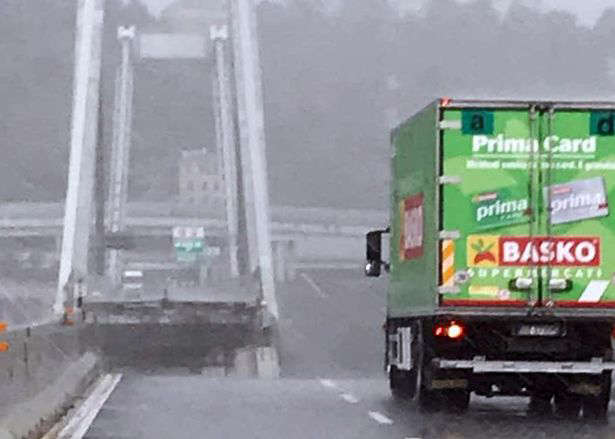 Around ten vehicles are believed to have been on the stretch when both carriageways fell away. 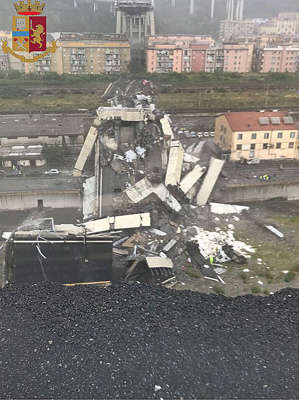 © @poliziadistato The tragedy has claimed the lives of at least 11 people, including a child

Italian media report that structural breakdown started from one of the bridge’s columns at Via Fillak, in the Sampierdarena area. 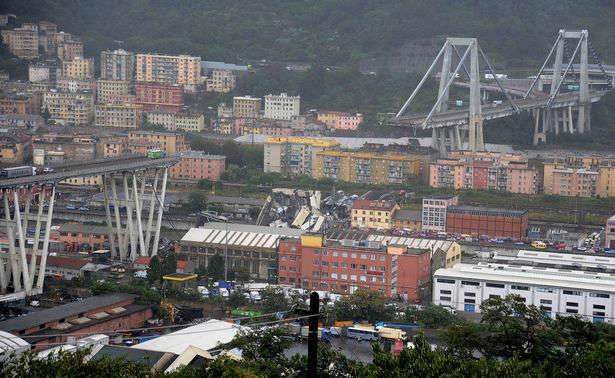 Firemen are working to pull “different people” out from under the wreckage after cars and trucks fell more than 50ft onto a heavily-populated district below. 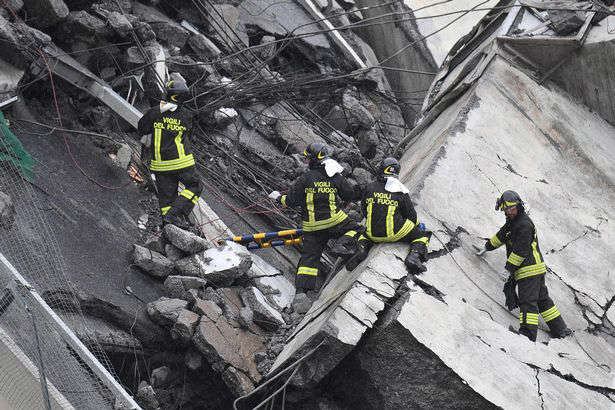 Sonar teams and rescue dogs also joined emergency crews at the scene to find and free survivors from the rubble. 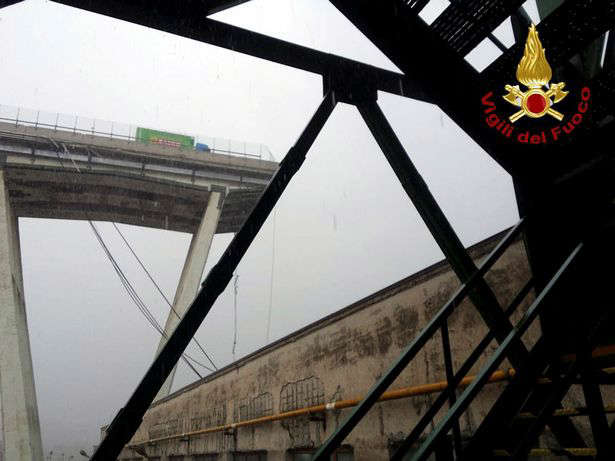 © Reuters Italian firefighters released a photo of the collapsed bridge

The tragedy happened not long after a short violent storm and Italian media have reported that the bridge had been struck by lightning.

Huge tailbacks have been reported in all directions near the bridge, which was seen sparking before breaking apart.

OMG. An aeral view of the tragedy in #Genoa, where a major motorway bridge has collapsed. This is appalling. #Italy
via @belcastrotw pic.twitter.com/jodF6eIUP8

Danilo Toninelli, Italy’s Transport Minister, has said that the bridge collapse is “an immense tragedy” that he was “following with great apprehension”.

An eyewitness told Sky Italia television he saw “eight or nine” vehicles on the bridge when it collapsed in what he said was an “apocalyptic scene”.

Footage shows first aiders at the scene where the area is covered in rubble.

Smashed cars lie with doors hanging open while medics are seen running across the ground.

Injured people are lifted with stretchers while others are being treated on the spot.

Other images showed a green truck that had stopped on the bridge just yards short of the gaping hole in the road surface.

The bridge, also known as the Polcevera Viaduct, is named after its architect Riccardo Morandi. 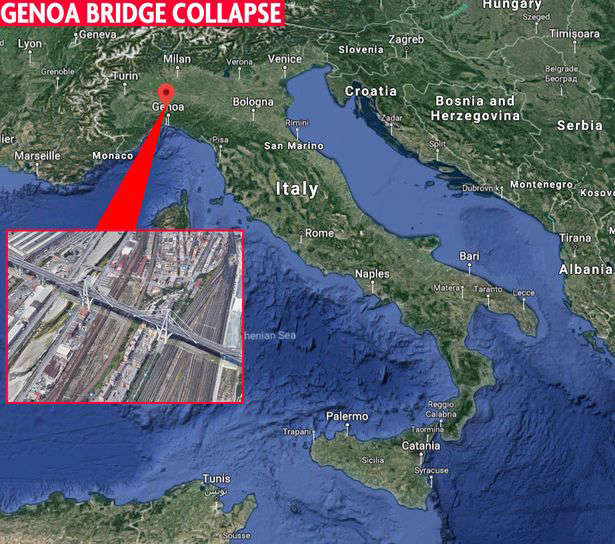 Map of the area

Restructuring work on the bridge was carried out in 2016.

The 1,100 meters-long structure is said to be the first cable-stayed concrete bridge ever built in Europe.