VATICAN CITY —With revelation after revelation, a new wave of sexual abuse scandals is rocking the Roman Catholic Church and presenting Pope Francis with the greatest crisis of his papacy.

In Chile, prosecutors have raided church offices, seized documents and accused leaders of a coverup. In Australia, top church figures are facing detention and trials. And in the United States, after the resignation of a cardinal, questions are swirling about a hierarchy that looked the other way and protected him for years.

The church has had more than three decades — since notable abuse cases first became public — to safeguard victims, and itself, against such system failures. And, in the past five years, many Catholics have looked to Francis as a figure who could modernize the church and help it regain its credibility.

But Francis’s track record in handling abuse is mixed, something some outsiders attribute to his learning curve or shortcomings and others chalk up to resistance from a notoriously change-averse institution.

Analysts who have studied the church’s response to sexual abuse, and several people who have advised the pope, say the Vatican has been unable to take the dramatic steps that can help an organization get out from under scandals — and avoid their repetition.

“Each new report of clerical abuse at any level creates doubt in the minds of many that we are effectively addressing this catastrophe in the Church,” Cardinal Sean O’Malley, the archbishop of Boston, warned last month. Failure to take action, O’Malley said, “will threaten and endanger the already weakened moral authority of the Church.” 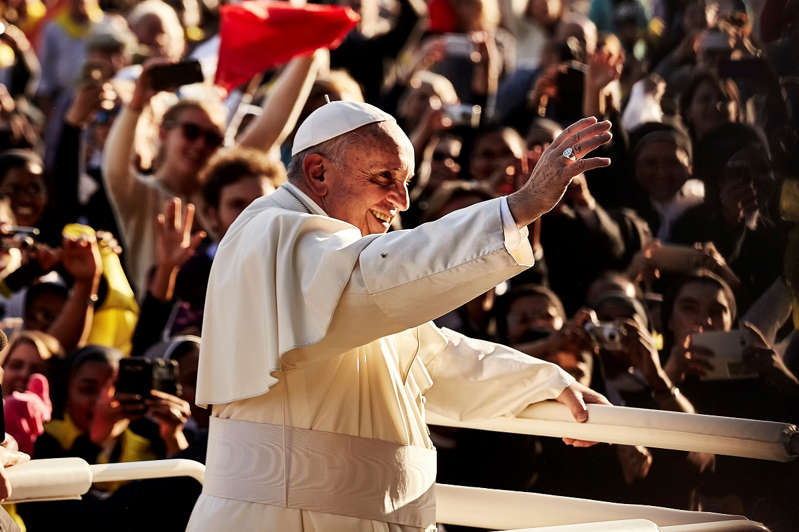 Francis is credited with some meaningful moves. Last month, he accepted the highest-level resignation to date when Theodore McCarrick stepped down from the College of Cardinals. The former archbishop of Washington and longtime church power broker is accused of sexually abusing adults and minors. He faces a church trial in which he could be defrocked entirely.

But the pope has also had notable missteps. During a January trip to South America, he drew widespread criticism by saying he was convinced of the innocence of Bishop Juan Barros, accused of covering up the acts of a notorious abuser.

Francis sought to recover from that episode by sending two investigators to Chile, apologizing for his “serious errors” in handling the crisis and making a reference — unprecedented for a pope — to a “culture of abuse and coverup.” He invited Chilean abuse victims to the Vatican. He also called Chile’s 34 bishops to Rome, where, according to a letter that was leaked to the Chilean media, he accused them of failing to investigate possible crimes and destroying evidence. The bishops offered to step down en masse. So far, Francis has accepted five of those resignations.

Yet the church has struggled with a more comprehensive effort to close the chapter on sexual abuse. 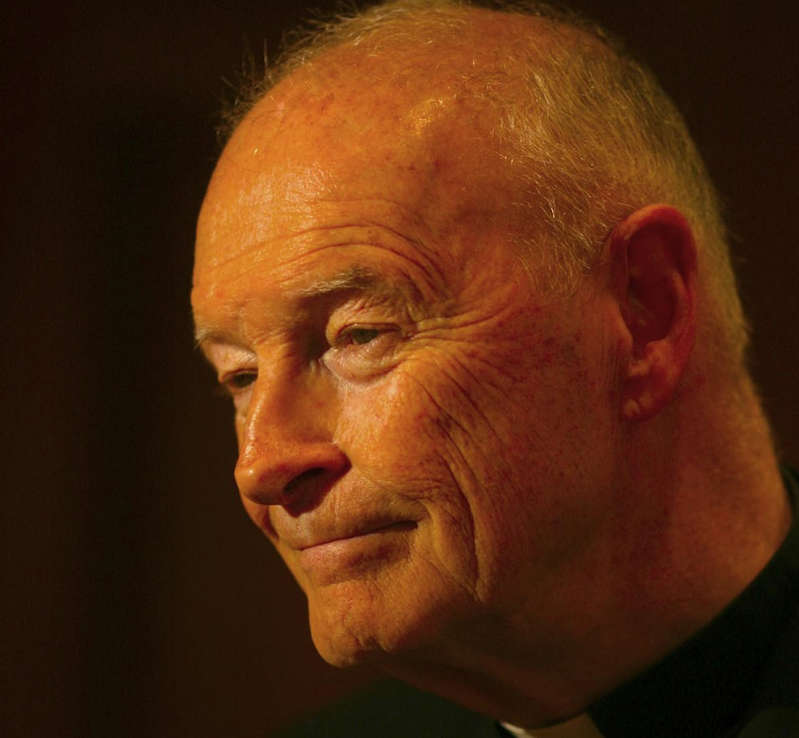 Whereas transparency is typically advised, the church remains quiet about its investigations and disciplinary procedures. It does not release any data on the inquiries it has carried out. A proposed tribunal for judging bishops accused of negligence or coverup was quashed by the Vatican department that was supposed to help implement it. And, rather than being fired and publicly admonished, offending church leaders are typically allowed to resign without explanation.

“The church doesn’t like removing bishops,” said the Rev. Thomas Reese, a Jesuit priest and a senior analyst at the Religion News Service. “Bishops are vicars of Christ in their diocese. They’re not just McDonald’s franchise owners or local managers that can be fired by the CEO. And the church has always been reluctant to give in to political pressure to remove them.”

Francis has called on churches to maintain a “zero tolerance” policy and warned about the “sin of covering up and denial, the sin of the abuse of power.” But the Vatican declined to distribute to bishops conferences suggested guidelines, drawn up by the commission advising Francis on sexual abuse, on how to respond to abuse complaints and cooperate with civil authorities.

Even when the Vatican does take action, resolution comes “at a very glacial pace,” said Juan Carlos Cruz, who was among the Chilean abuse victims who met for several days with Francis this past spring. © AP Juan Carlos Cruz speaks to reporters at the foreign press association in Rome, Wednesday, May 2, 2018.

Cruz said he tried to tell the pope bluntly that a deeper shake-up was still needed. He specifically mentioned Francisco Javier ­Errázuriz, a member of the pope’s powerful nine-member advisory Council of Cardinals, who victims have long said ignored their abuse accusations and tried to discredit them. Errázuriz has denied wrongdoing.

“[The pope] asked us to give him time to act,” Cruz recalled. “He said, ‘I have to pray about this and let the Holy Spirit guide me on what I have to do.’ ”

Meanwhile, in the wider world, the cultural ground is shifting, and other forces are taking the lead on accountability. A separate movement fighting abuse and harassment in the workplace has helped spread awareness about victims while diminishing skepticism about their stories.

At the same time, law enforcement agencies have been pursuing abuse cases in countries that once treated the church with deference. In Australia, some state and territory governments are even going after one of the church’s most sacred tenets and are on the verge of enforcing new laws requiring priests to report child abuse that they learn of during confessions. In the United States, the Catholic Church is bracing for the release of a 900-page grand jury report into sex crimes across six dioceses in Pennsylvania. 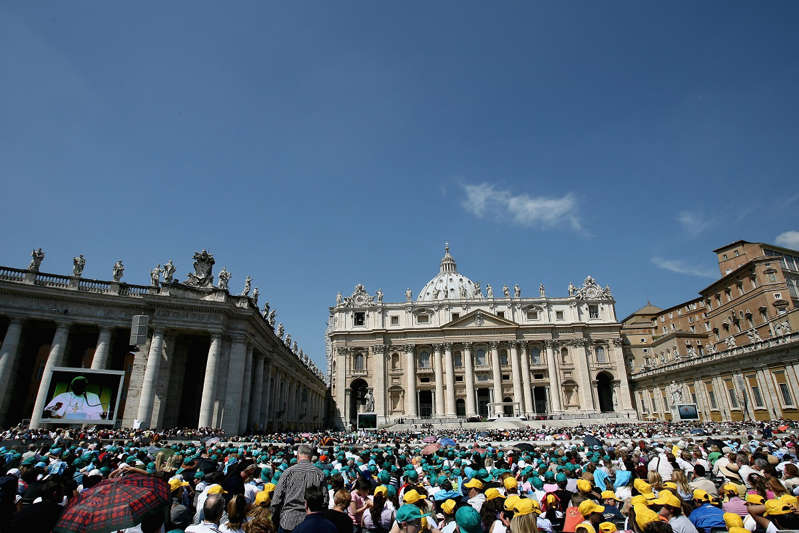 There have been competing calls within the American church on strengthening oversight of the hierarchy. Church leaders in Albany and Atlanta took the notable step of suggesting the involvement of expert laypeople, either to investigate or chart reforms.

“I think we have reached a point where bishops alone investigating bishops is not the answer,” said Bishop Edward Scharfenberger, of the Roman Catholic Diocese of Albany. “We bishops want to rise to this challenge, which may well be our last opportunity considering all that has happened.”

A similar conversation, about how to strengthen the response to abuse, has played out for several years in the Vatican — particularly within the Pontifical Commission for the Protection of Minors, which Francis created a year after he became pope. But little has come of the commission’s ideas.

In 2015, Francis approved its proposal of a tribunal, placed within the Vatican’s powerful doctrine office, that would assess cases of bishops accused of concealing or neglecting abuse. The tribunal, though, was never created. Four former members of the commission, as well as outside analysts, say the idea was thwarted by the Congregation for the Doctrine of the Faith. Some outside analysts say the objection could have been on legal or logistical grounds.

In an interview published last year with the Corriere della Sera, Cardinal Gerhard Müller, then the head of the doctrine office, said the Vatican already had the “tools and legal means” to handle cases. Vatican watcher Marco Politi said congregation members and others in the Vatican hierarchy were also concerned about opening a “Pandora’s box.”

“This would mean hundreds of cases that would then bounce back to Rome with a huge media impact,” said Politi, author “Pope Francis Among the Wolves,” a papal biography. “It would signify the beginning of hunting season on culprits.”

In turn, Francis used another method to bolster accountability of the church hierarchy, issuing an apostolic letter that made it clear that bishops could be removed from office for negligently handling sexual abuse. But under the current system, any of five different Vatican congregations can be involved in investigating bishops, depending on the accused person’s role and affiliation within the church, and also on whether he has been accused of coverup or abuse. Coverup cases are handled by the same congregations that help to appoint bishops.

The stalled effort to launch the tribunal prompted the resignation from the commission of Marie Collins, an Irish abuse survivor. Current and former members of the commission said that they are not given data and information on abuse-related cases being handled by the Vatican. Krysten Winter-Green, a former commission member who was a longtime counselor for abuse victims, said they were up against a “domain of secrecy.”

“The crime in the Catholic Church remains causing scandal, not covering up,” said Anne Barrett Doyle, co-director of the site BishopAccountability.org, which tracks sexual abuse cases. “Bishops all over the world are not being forthcoming.”