A no-deal Brexit would be worse for the EU than for Britain, a secret report drawn up by the bloc reveals.

European Commission chiefs have been drawing up contingency plans as fears Britain will crash out of the bloc without a deal grow.

They are becoming increasingly worried red tape in Brussels will slow down the ability of EU countries to quickly respond to the challenges, The Times reports. 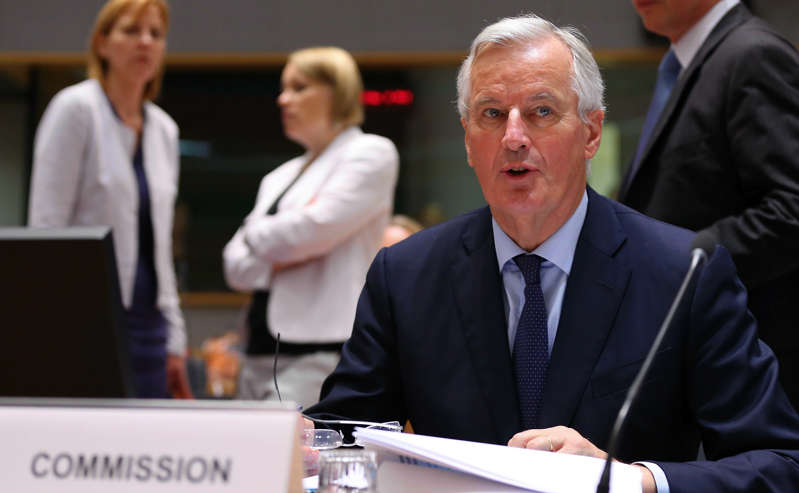 © Getty BRUSSELS, BELGIUM – JULY 20: Chief EU negotiator for Brexit, Michel Barnier attends the General Affairs Council meeting at the European Council in Brussels, Belgium, 20 July 2018. Council will discuss the status of the Brexit talks with the UK. (Photo by Dursun Aydemir/Anadolu Agency/Getty Images) The plans, drawn up by the EU’s top civil servant Martin Selmayr, would see the bloc step in to keep trade open and planes in the air.

But the bureaucracy-laden EU may not be able to get all the clearance needed to act swiftly, the report finds.

Officials fear that decisions would need to be green the green light by member states and the EU Parliament – taking some time.

While the decisions could also be bogged down in legal challenges as many steps taken would have to be in line with EU treaties.

This means that they could be challenged in the European Court of Justice – further delaying the scramble to get the plans up and running.

While the EU Parliament is due to break up just three weeks after Brexit, at the end of next March, for fresh elections to the bloc and will not meet again until July.

Officials are alarmed that this may leave a political vacuum in Brussels just as swift action will be needed to cope with a no deal.

© Provided by Associated Newspapers Limited The plans, drawn up by the EU’s top civil servant Martin Selmayr (pictured right with Commission president Jean-Claude Juncker), would see the bloc step in to keep trade open and planes in the air And they believe this could chip away at the unity of the bloc, and that member states with strong trade links with the UK will step in and call for a softer approach to Britain.

A senior EU source told the newspaper: ‘It will be very difficult to co-operate. In most areas where we will need to act there will be national vetoes in play.

‘All countries will be able to block.’

© Provided by Associated Newspapers Limited Theresa May (pictured last week at a WW1 memorial event in France) is leading the UK out of the EU next March. Fears that Britain will crash out without a deal are growing after her Chequers Brexit proposals bombed on the doorstep – sparking a Tory grassroots revolt and a wave of resignations from her Cabinet Experts believe that as a single government the UK will be able to take responsibility more effectively because it can take decisive action quickly.

If Britain does crash out of the Brussels bloc then the two sides will need to decide how to police the borders, and collect and pay customs tariffs

Vicky Ford, a former chairwoman of the European Parliament’s internal market committee, said: ‘In terms of getting decisions made quickly you need more notice than you do in the British parliament.’

And she said that EU elections next spring could see a more right-wing and populist parliament elected.

She said: ‘The fear is that the new parliament is going to be much more fragmented and difficult to manage. 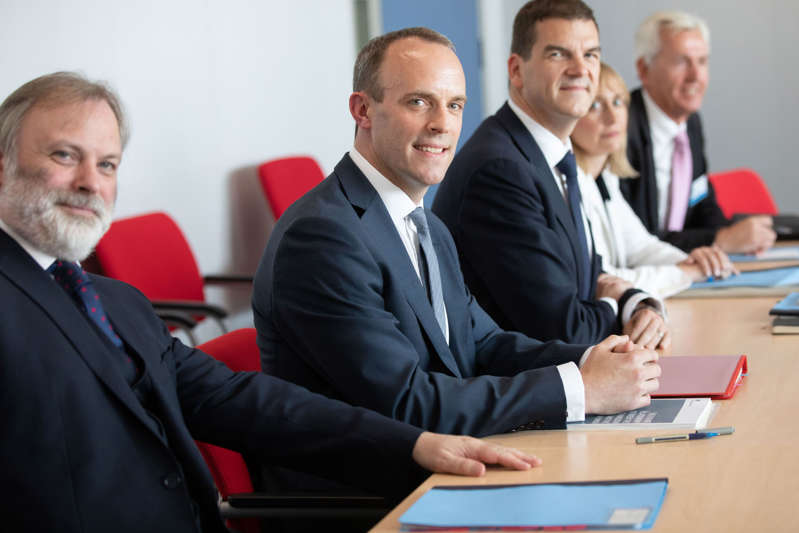 © Getty Britain’s Secretary of State for Exiting the European Union (Brexit Minister) Dominic Raab (2L) attends a meeting with EU’s chief Brexit negotiator at the European Commission in Brussels on July 19, 2018. – Britain’s new Brexit negotiator Dominic Raab said on July 19 he planned on ‘intensifying’ the withdrawal negotiations as he met his EU counterpart for the first time. (Photo by Olivier Matthys / POOL / AFP) (Photo credit should read OLIVIER MATTHYS/AFP/Getty Images) ‘Everyone I speak to in member states wants a deal before March and if that is not possible then an extension to Article 50 to give us time to reach a deal.’

Tory MP Bill Cash, a leading Brexiteer, and chairman of the European scrutiny select committee said the EU would face ‘very substantial legal problems’ in the event of there being no deal.

Under the contingency plans drawn up by the bloc, the EU could agree to just estimate the amount of customs tariffs owed in order to keep the borders open.