The UK could walk away from its £39 billion Brexit divorce bill if no EU trade bill is struck, Brexit Secretary Dominic Raab has suggested.

Mr Raab said there had to be “conditionality” under the Article 50 withdrawal mechanism between settling Britain’s exit payment and building a new relationship with the EU.

Meanwhile, he indicated he was still trying to persuade all members of the Cabinet that Theresa May’s Chequers agreement was “the best plan to get the best deal”.

In an interview with the Sunday Telegraph, Mr Raab suggested the divorce bill could be used as leverage in the talks with Brussels.

He said: “Article 50 requires, as we negotiate the withdrawal agreement, that there’s a future framework for our new relationship going forward, so the two are linked.

“You can’t have one side fulfilling its side of the bargain and the other side not, or going slow, or failing to commit on its side.

“So, I think we do need to make sure that there’s some conditionality between the two.” Pressed on whether he would put such a provision into legislation, Mr Raab said: “Certainly it needs to go into the arrangements we have at international level with our EU partners. We need to make it clear that the two are linked.”

The comments appeared at odds with Chancellor Philip Hammond, who said of the divorce payment last December: “I find it inconceivable that we as a nation would be walking away from an obligation that we recognised as an obligation.

“That is not a credible scenario. That is not the kind of country we are. Frankly, it would not make us a credible partner for future international agreements.”

Mr Raab also defended the controversial Chequers Cabinet compromise on withdrawal aims, insisting he wanted to persuade voters and Cabinet colleagues that it is the way forward.

The Brexit Secretary said: “I want to make sure we can persuade everyone – grassroots, voters, parliamentary party and ministers, including in the Cabinet – that we’ve got the best deal and the best plan to get the best deal.”

The Brexit Secretary said critics were mistaken to think Mrs May would not walk away without a deal if she had to.

“The ball is now in the EU’s court, and don’t get me wrong, there will be plenty more negotiations, I’ve made that clear, but if they show us the same level of ambition, energy, pragmatism, this deal gets done in 12 weeks.”

Mr Davis, who quit as Brexit secretary in protest at the Chequers agreement, said the PM needed to “start again” on withdrawal plans.

“We’re going to have to do a reset and come back and look at it all again,” he told the Sunday Express. 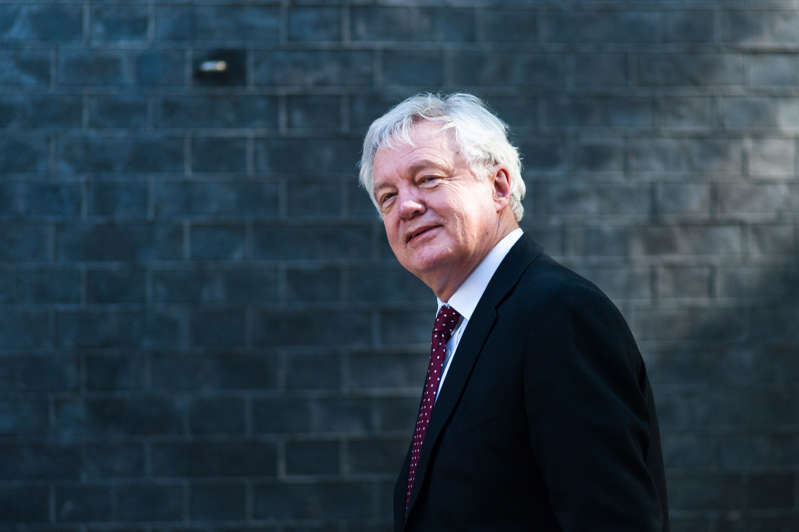 “I think when we get to the autumn, if we are in the situation where we don’t have any degree of agreement, we’re going to have to start again.”

Mr Davis suggested the Government draws up fresh proposals based on an amalgamation of the “best bits” of deals the EU has already struck with other countries, such as Canada, South Korea, Switzerland and New Zealand.

Meanwhile, preparations for no deal need to accelerate from the current position of “consult and cajole” to “command and control”, he told the paper.

“By the end of the summer it should be plain we are making proper preparations for this,” he said.

The comments came as a new poll suggested only 16 per cent of voters think Mrs May is handling negotiations well, while 34 per cent believe former foreign secretary Boris Johnson would do a better job.

And 38 per cent of people would vote for a new party on the right that was committed to Brexit, while 24 per cent are ready to support an explicitly far right anti-immigrant, anti-Islam party, according to the You Gov survey for The Sunday Times.

The poll found that one in three voters are prepared to back a new anti-Brexit centrist party.