Vladimir Putin has invited Kim Jong Un to Russia in September following his meeting with US President Donald Trump.

The Russian leader had a meeting with North Korean official Kim Yong Nam on Thursday, in which he passed an invitation for Mr Kim to visit later in 2018.

Kim Yong Nam is the head of the Presidium of North Korea’s Supreme Assembly.

Putin also said he welcomed the meeting between Mr Trump and Mr Kim in Singapore on Tuesday.

The invitation comes after Russia’s foreign minister Sergei Lavrov visit Pyongyang in may for the first time since 2009.

He said to Kim in the televised footage: “Come to Russia. 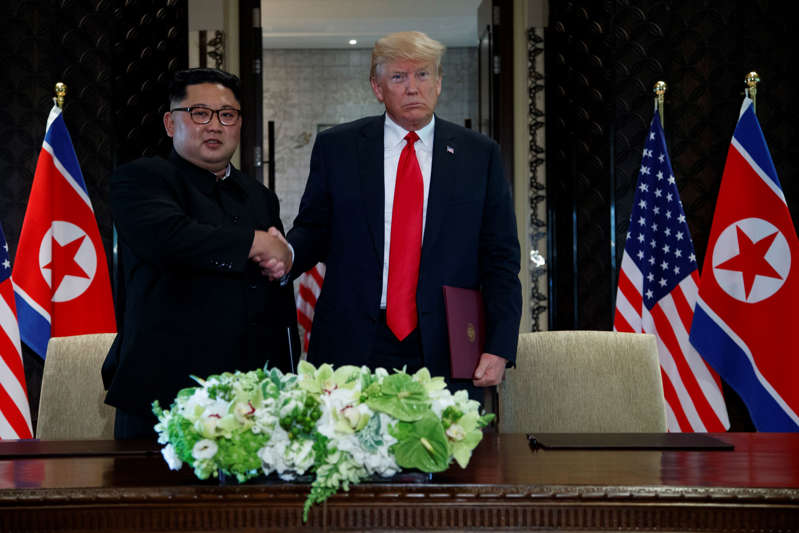 “We would be very happy to see you.”

Putin’s invitation comes as the US secretary of state Mike Pompeo says there will be no sanctions relief for North Korea until it denuclearises.

Mr Pompeo is pushing back on reports in North Korean state media that Mr Trump and Mr Kim had agreed on a “step-by-step” by the process.

The US secretary of state added that “we’re going to get denuclearisation” and “only then will there be relief from sanctions”.

He added that Trump and Kim Jong Un had a “blunt conversation” about changes needed for North Korea to rejoin the world community.