North Korean leader Kim Jong Unlanded in Singapore on Sunday ahead of a summit with U.S. President Donald Trump that could end a nuclear stand-off between the old foes and transform his secretive, impoverished country.

When Trump and Kim meet on the resort island of Sentosa on Tuesday they will be making history even before they start.

Enemies since the 1950-53 Korean War, the leaders of North Korea and the United States have never met previously – or even spoken on the phone. 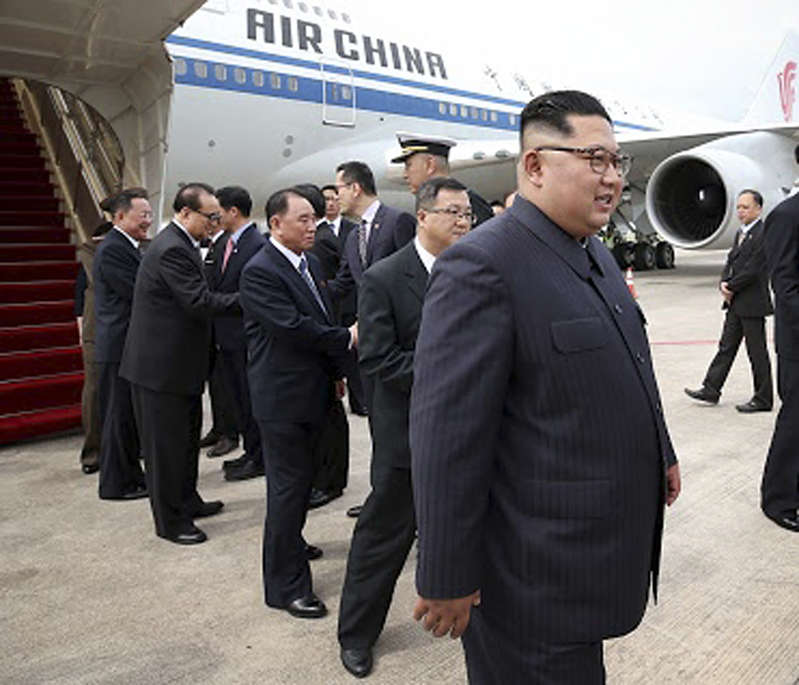 He was greeted by Singapore’s foreign minister, Vivian Balakrishnan, who posted a picture on Twitter of him shaking hands with Kim and the message: “Welcomed Chairman Kim Jong Un, who has just arrived in Singapore”.

Believed to be 34, portly and baby-faced, Kim is one of the youngest heads of state in the world and looks an unlikely candidate to be making history of the kind that has eluded his father and grandfather, both past leaders of North Korea.

But since taking power in 2011 on his father’s death, the youthful Kim has displayed a mixture of ruthlessness, pragmatism and statecraft to get this prize – to sit across the table with the leader of the United States and be treated as an equal.

The two countries were on the brink of war last year, with their leaders trading insults and threats, until Kim made a dramatic offer in March to meet Trump and discuss nuclear disarmament, which the American president quickly accepted.

Kim’s journey from international pariah to being regarded as a responsible head of state has taken just a few months.

After inheriting a nuclear program that was fitful and making little progress, Kim poured socialist North Korea’s limited money into developing a nuclear-armed missile capable of hitting the United States.

On Thursday, Trump dangled the prospect of normalized relations with the United States, and even a White House visit for Kim if he ditched his nuclear arsenal. 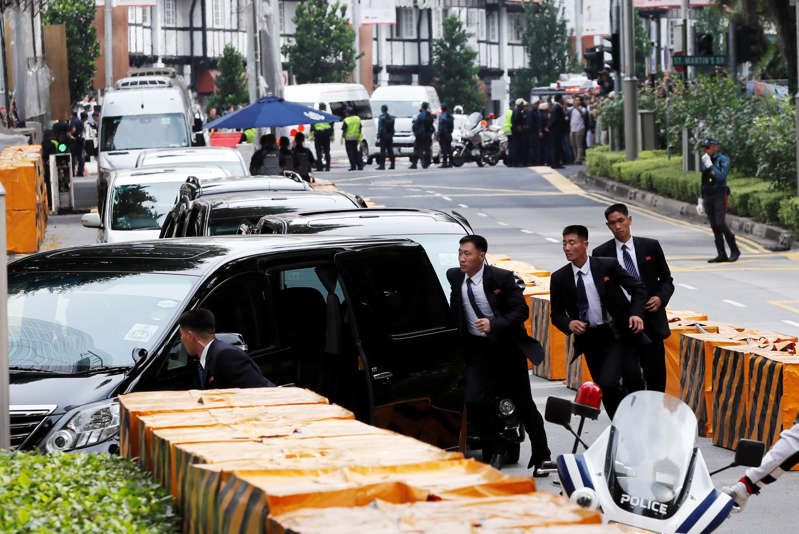 For Kim, nearly 40 years Trump’s junior and representing the third generation of North Korea’s ruling dynasty, the summit affords both him and his long-isolated country the international legitimacy his father and grandfather could only dream of.

Trump said he and Kim could even sign an agreement to end the Korean War, which was concluded only with a truce, not a peace treaty.

Kim is also one of the most ruthless leaders in the world. He has been accused of ordering the killing of his uncle, who was shot by a firing squad using anti-aircraft guns, and his half-brother, who could have been a challenger and was poisoned with a nerve agent at Kuala Lumpur airport in Malaysia.

At his behest, about 340 officers in Pyongyang whose loyalty was suspect have been purged or executed, according to South Korean intelligence.

Kim decided early on in his tenure that nuclear weapons were the only way to ensure security for his isolated nation and be taken seriously by the rest of the world. Despite North Korea being one of the world’s poorest countries, enormous resources were spent on the ballistic missile and nuclear programs.

In September, after North Korea conducted its sixth and largest nuclear test, Trump said in a tweet that Kim was “obviously a madman who doesn’t mind starving or killing his people”.

But this year, things have changed at a head-spinning pace.

In his New Year message, Kim extended an olive branch to enemy South Korea, sent a team to the Winter Olympics there in February, and held two summits with South Korean President Moon Jae-in in April and May.

Just a week before his April visit to the demilitarized zone (DMZ) for his first summit with Moon, Kim declared an end to nuclear testing, effectively ending his “byungjin” twin strategy that pursues nuclear prowess alongside economic development.

Kim said he would instead put all efforts into jumpstarting economic growth for his country of more than 25 million people. 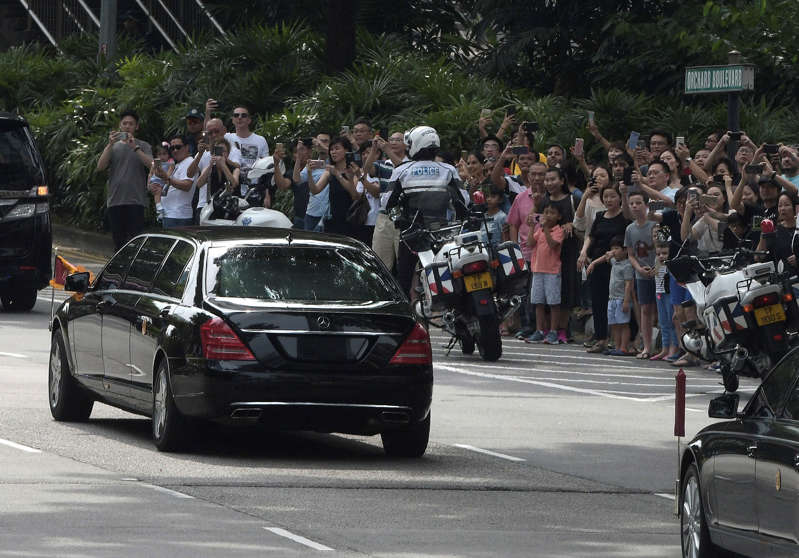 Many remain skeptical Kim will ever completely abandon his nuclear programs. They believe his latest engagement is aimed at getting the United States to ease crippling economic sanctions that have squeezed the impoverished country.

Trump, who has led a “maximum pressure” campaign against North Korea, has insisted that Kim first provide verifiable proof that he will irreversibly dismantle North Korea’s nuclear arsenal.

But Kim has shown surprising diplomatic skills in his meetings with overseas leaders this year and a smiling and affable side as he went clearly out of his way to be cordial to Moon.

Trump is far less predictable but badly needs the kudos that a successful summit will bring ahead of congressional elections in November.

The two leaders meet at 9 a.m. (0100 GMT) on Tuesday at the Capella on Sentosa island, a refurbished British Army artillery mess that is now one of Singapore’s most expensive luxury hotels.