Vladimir Putin has accused the United States of violating the nuclear balance and warned against a “Third World War” during a televised call-in show.

Responding to a worried viewer who asked if such a war would occur, Mr Putin called for negotiations in an attempt to return to the strategic parity the United States and the Soviet Union had during the Cold War.

Quoting Albert Einstein’s aphorism that “World War IV will be fought with sticks and stones,” he said the US exit from the Soviet-era anti-ballistic missile treaty in 2002 had disrupted the balance.

“The fear of mutually assured destruction has always restrained and forced military powers to respect each other,” he said. “The exit of the United States from missile defense treaty was an attempt to ruin this party, but our efforts in the development of new weapons will preserve this parity.”

In March, the Russian president announced an array of “invincible” new nuclear weapons including an underwater drone and glider warhead that he claimed could overcome US missile defenses.

US intelligence has said a nuclear-powered hypersonic missile whose range Mr Putin said was “unlimited” in fact crashed after 22 missiles in a test. 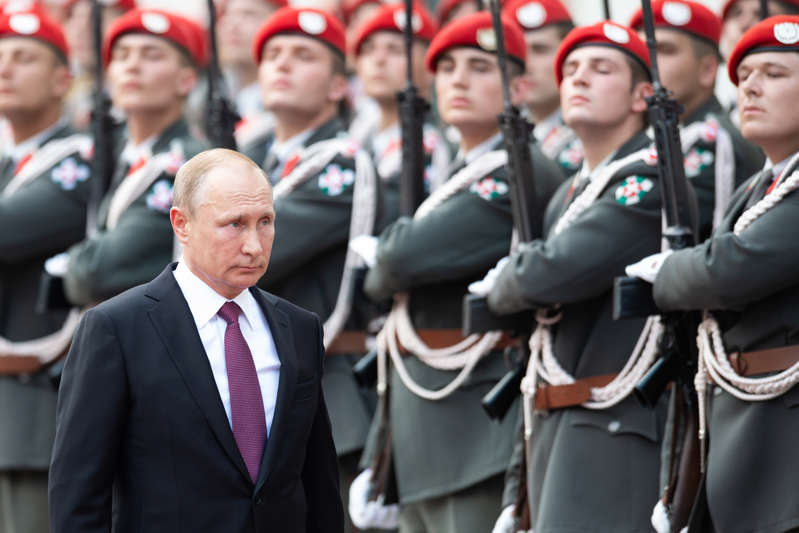 © Getty Vladimir Putin has accused the United States of violating the nuclear balance and warned against a “Third World War” during a televised call-in show. About 80 lucky Russians will be able to submit questions directly to the head of state in the annual live television event.

The carefully stage-managed event is a chance for Mr Putin to show off his grasp of issues that worry Russians and score points by solving them, or at least ordering officials to take care of them.

Almost two million Russians had submitted questions before the four-hour show even began.

A televised tongue-lashing from Mr Putin can typically kick off activity amid even the most intractable bureaucracy. In past years, regional officials have begun scrambling to address problems before the call-in show even ends, worried for the security of their jobs.

© Provided by The Telegraph The initial question came in the form of a video shot by driver Alexei Karavayev in the cab of his lorry in St Petersburg and touched on what hosts had said would be one of the main topics of the show.

“Vladimir Vladimirovich, please tell us, how much higher will petrol prices go? Forty-five roubles for a liter of diesel, it’s impossible!” he said.

“I agree, what’s going on is impermissible, it’s not right, but we need to admit it’s not the result of soft regulation in the energy sphere,” Mr Putin responded, before launching into an explanation of the measures that the government had been taking to cut prices.

© Provided by The Telegraph Another early topic was the World Cup, which kicks off in Russia next Thursday. A planned question from well-known football trainer Valery Gazzaev devolved into the manager invoking several Orthodox saints and repeatedly wishing Mr Putin good health.

The president nonetheless spoke about the legacy of the tournament, warning that the stadiums built in 11 cities shouldn’t become white elephants but rather help to “develop a new generation of football players”.

In a first this year, the governors of Russia’s 85 regions were on live feeds during the call-in show, ready to answer for whatever problem might come up in their patch.

The tendency to blame regional officials stretches back years and even gave rise to an old Russian saying, “The situation is worse than a governor’s”. 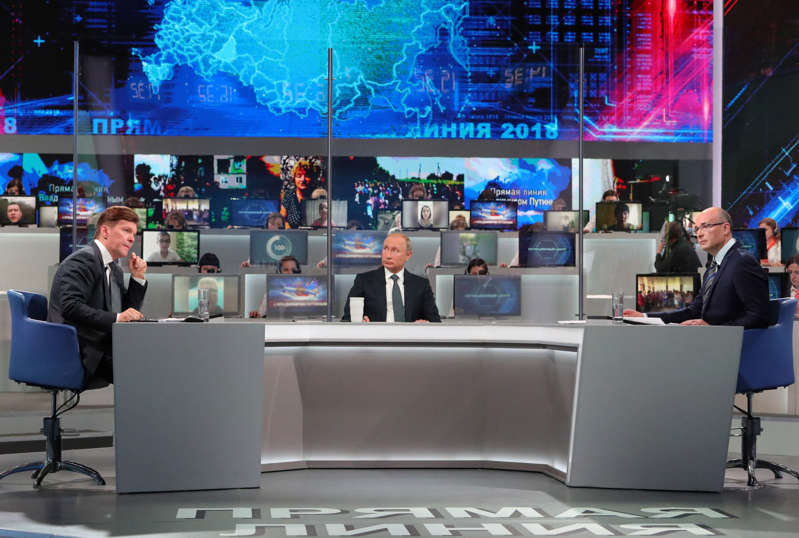 © Reuters Vladimir Putin has accused the United States of violating the nuclear balance and warned against a “Third World War” during a televised call-in show.

Responding to a mother of three children who asked why she had been waiting already eight years for free land promised to large families, Mr Putin called up the governor of her region, who promised to take care of the problem.

“We should strive so that every family had at least three children, we should facilitate families like yours,” Mr Putin said, in a reference to the concern over population decline in the past two decades.