For hundreds of millions of years, the earliest life on Earth mostly took the form of relatively simple organisms. But analysis of the Earth’s fossil record shows that there was a remarkable increase in the diversity and complexity of animal life around 550-540 million years ago—a period referred to as the “Cambrian Explosion.”

During this time, all the major animal groups that we know today first appeared, such as the euarthropods—the most diverse and abundant animals on the planet, comprising more than 80 percent of all living species. This group includes insects, crustaceans and spiders, among others.

Now, researchers from the Oxford University Museum of Natural History (OUMNH), in the U.K., and the University of Lausanne, in Switzerland, have conducted the most comprehensive analysis to date of euarthropod fossils from this era, casting new light on the history of early animal evolution. Their findings, which are published in the journal Proceedings of the National Academy of Sciences, suggest that, for euarthropods, this “explosion” was actually a more gradual diversification.

The results present a challenge to the two major competing hypotheses which relate to the timing of the Cambrian Explosion. 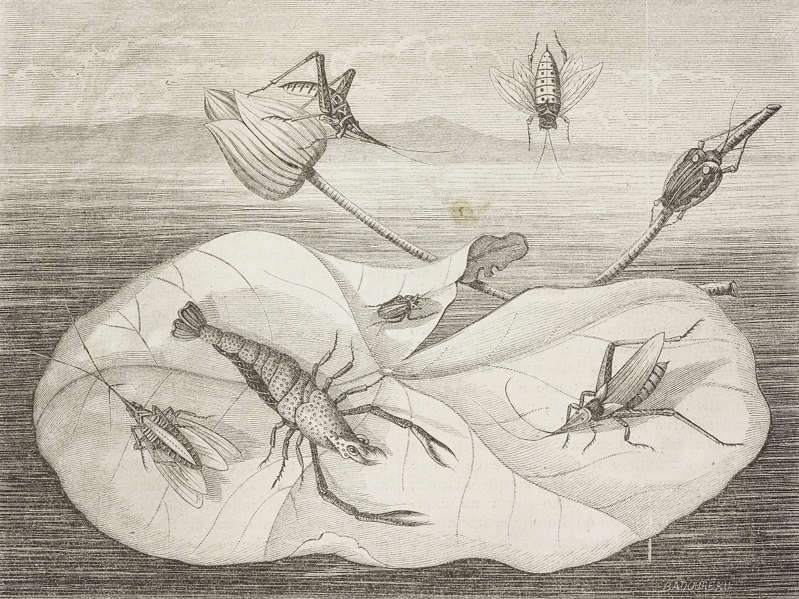 “The first of these state that it was a ‘geologically instantaneous’ event, where these animal groups actually evolved within a few million years around 540 million years ago,” Harriet Drage, a PhD student at Oxford’s Department of Zoology and the OUMNH, and co-author of the paper, told Newsweek. “The second states that this was not an explosion at all, but that these animals evolved much earlier, around 650-600 million years ago, and were not preserved in the fossil record until the early Cambrian.” (This second hypothesis is consistent with estimates gained from a technique known as molecular clock dating.)

The new findings, however, suggest that the Cambrian Explosion actually unfolded more gradually over a 40-million-year-period, while placing the origin of euarthropods no earlier than 550 million years ago.

“Our results show, when looking at all the fossil evidence together, that neither of these hypotheses is correct. Instead, we show that these animal groups, particularly the euarthropods, originated 550-537 million years ago, and evolved over a 30-40-million-year period,” Drage added. “This means that along fossil record back to the Precambrian (650-600 million years ago) is not necessary, nor was their evolution instantaneous.”

But Drage says that this isn’t the case. “The fossil preservation prior to this is as good and diverse as during the Cambrian 540 million years ago but shows no evidence whatsoever of euarthropods.”

Greg Edgecombe from the Natural History Museum, London, who was not involved in the study, also supports this view.

“The idea that arthropods are missing from the Precambrian fossil record because of biases in how fossils are preserved can now be rejected,” he said in a statement. “The authors make a very compelling case that the late Precambrian and Cambrian are in fact very similar in terms of how fossils preserve. There is really just one plausible explanation—arthropods [euarthropods] hadn’t yet evolved.”

The findings of the new study have important implications, according to the authors, for how we view the evolution of key euarthropod characteristics—such as limbs—as well as the development of Earth’s ecosystems and the major evolutionary processes behind the origins of animals.

“This helps us understand how euarthropods evolved to the present, and in doing so aids modern-day research on this most important animal group,” Drage said. “We hope this inspires future comprehensive work using the total fossil record for other animal groups, which would provide us a complete picture of the Cambrian Explosion.”

However, Nicholas Butterfield, a palaeobiologist from the University of Cambridge, thinks the approach of the paper is noteworthy but remains cautious.

“The particular approach of these authors is to be super-hard-nosed about the fossil data, and essentially dismissive of any molecular clock estimates,” he said. “Certainly, there has been far too much easy acceptance of deep Proterozoic [the era between 2500 to 541 million years ago] origins for animals, but it is also naive to read the fossil record too literally. Overall, I think the authors are almost certainly right about the relatively late appearance of euarthropods, but their refusal to entertain anything beyond the most narrow interpretation of the fossil record puts this study more in the past than the future.”