She approves! Queen Elizabeth II has given her Instrument of Consent, which is her formal approval for Prince Harry to wed Meghan Markle, just one week ahead of their May 19 nuptials.

Buckingham Palace shared an image of the handwritten document on Saturday, May 12. “NOW KNOW YE that We have consented and done by these Presents signify Our Consent to the contracting of Matrimony between Our Most Dearly Beloved Grandson Prince Henry Charles Albert David of Wales, K.C.V.O., and Rachel Meghan Markle,” the Queen, 92, wrote.

© VICTORIA JONES/AFP/Getty Images A picture taken at Buckingham Palace in London on April 12, 2018, shows the text and marginalia of the Instrument of Consent, an official State document that records the Queen’s formal consent to Prince Harry’s…

The Instrument of Consent was drafted by the Crown Office and is sealed with the Great Seal of the Realm, and the Queen’s signature, “Elizabeth R,” is featured at the top right of the document. The coronet for Prince Harry, 33, is on the lower left side and the Commonwealth symbol can be found on the lower right side of the document. The design to the right of the text also includes a rose, which is the national flower of the United States. Next to the rose, there are two golden poppies, the flower of California, where Markle, 36, was born. The document will be presented to the pair after the wedding.

The written approvals are part of the Royal Marriages Act of 1772, which legally requires all of King George II’s direct descendants to receive the monarch’s consent in marriage or the union is considered to be invalid. The Parliament act reads: “A person who (when the person marries) is one of the six persons next in line of succession to the crown must obtain the consent of Her Majesty before marrying.” Harry falls under this category since he is sixth in line for the throne, behind his father Prince Charles, brother Prince William, nephew Prince George, niece, Princess Charlotte, and newborn nephew Prince Louis. 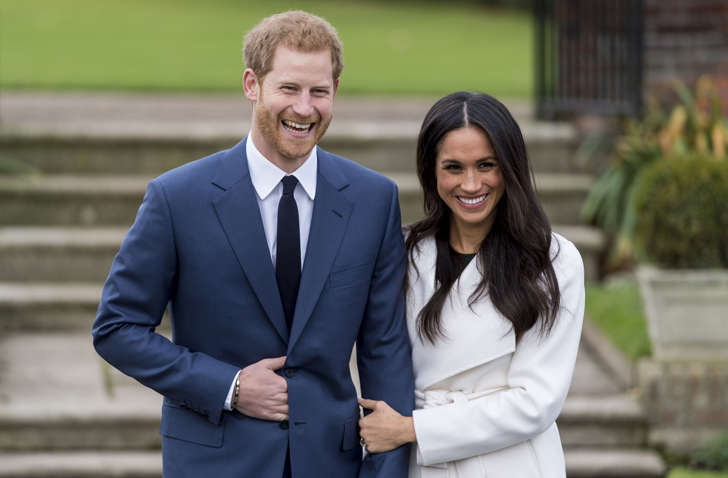 The Queen previously gave her consent for her grandson to marry Markle after a meeting at Buckingham Palace in March. “I declare my consent to a contract of matrimony between my most dearly beloved grandson Prince Henry Charles Albert David of Wales and Rachel Meghan Markle, which I consent I am causing to be signified under the Great Seal and to be entered in the books of the Privy Council,” the Queen said in a statement at the time.

The royal and the Suits alum announced that they were engaged in November 2017 and will be tying the knot at St. George’s Chapel at Windsor Castle next weekend.