NITED NATIONS, April 14 – A Russian bid for the United Nations Security Council to condemn U.S., British and French air strikes on Syria over a suspected chemical weapons attack failed on Saturday after only China and Bolivia joined Russia to vote in favor of a draft resolution. 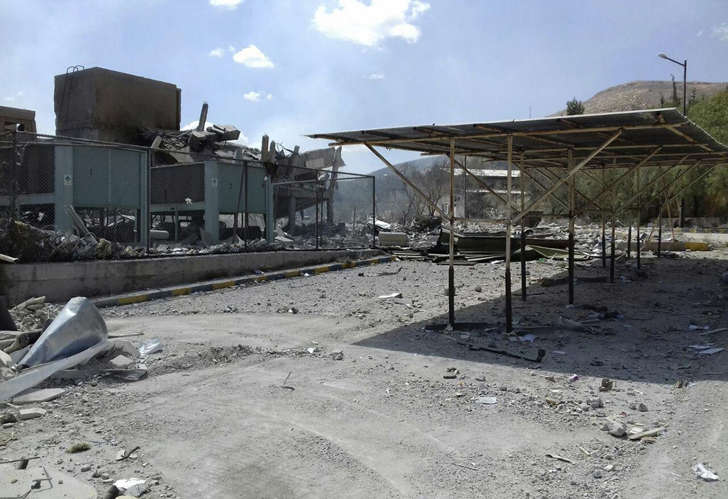 © SANA via AP In this photo released by the Syrian official news agency SANA, shows the damage of the Syrian Scientific Research Center which was attacked by U.S., British and French military strikes to punish President Bashar Assad for… The 15-member council met on Saturday, at Russia’s request, the fifth time it has met on Syria since a suspected deadly toxic gas attack in the Syrian town of Douma a week ago. The United States, France and Britain fired 105 missiles overnight in retaliation, targeting Syria’s chemical weapons program.

“Why didn’t you wait for the outcome of the investigation you called for?” Russia’s U.N. Ambassador Vassily Nebenzia said after the vote. He accused the United States, France and Britain of “demonstrating a blatant disregard for international law.”

“I hope hot heads will cool down and that will be it,” he told reporters. 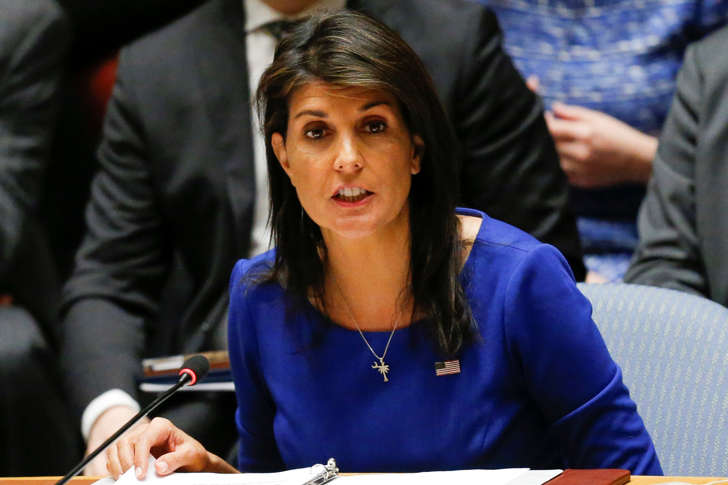 © Reuters United States Ambassador to the United Nations Nikki Haley speaks during the emergency United Nations Security Council meeting on Syria at the U.N. headquarters in New York, U.S., April 14, 2018. REUTERS/Eduardo Munoz International investigators from the global chemical weapons watchdog are in Syria and were due to start their inquiry on Saturday into the suspected toxic gas attack. Russia and Syria have said there was no evidence of a chemical weapons attack.

The United States, France, and Britain defended their military action as legal during the Security Council meeting.

“We are confident that we have crippled Syria’s chemical weapons program. We are prepared to sustain this pressure if the Syrian regime is foolish enough to test our will,” U.S. Ambassador to the United Nations Nikki Haley said.

“If the Syrian regime uses this poison gas again, the United States is locked and loaded,” Haley said. 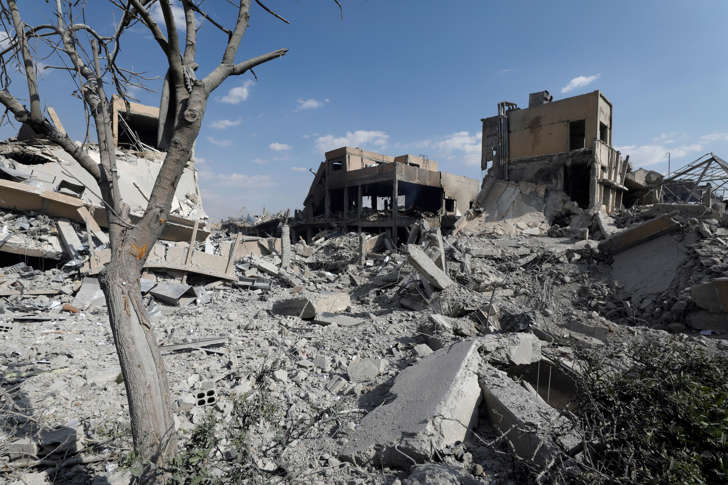 © Reuters The destroyed Scientific Research Centre is seen in Damascus, Syria April 14, 2018. REUTERS/Omar Sanadiki During an address to the Security Council, U.N. Secretary-General Antonio Guterres urged all states “to show restraint in these dangerous circumstances and to avoid any acts that could escalate matters and worsen the suffering of the Syrian people.”

Eight countries voted against the Russian-drafted text on Saturday, while Peru, Kazakhstan, Ethiopia and Equatorial Guinea abstained. A resolution needs nine votes in favor and no vetoes by Russia, China, France, Britain or the United States to pass.

The council failed on Tuesday to approve three draft resolutions on chemical weapons attacks in Syria. Russia vetoed a U.S. text, while two Russian-drafted resolutions failed to get a minimum nine votes to pass. (Reporting by Michelle Nichols; editing by Jason Neely and David Gregorio)