NEW DELHI: The satellite GSAT-6A, which lifted off on the back of the heavyweight GSLV rocket last week, has dropped out of the radar of space agency ISRO. The space research organization said in a statement today that they have lost communication with the satellite as it was being prepped for the final push that will place it in orbit. Top officials at ISRO did not spell out what exactly went wrong and whether the 2066-ton satellite can be retrieved at all.

After Thursday’s launch, the satellite was meant to be placed in orbit in three phases.

(Provided by The Times of India)

When a satellite is launched, it is kept closer to the Earth before it is raised to its final orbit. Orbit-raising refers to the maneuvers by which it is taken to its final orbit in stages. Each time, a series of thrusters – small engines that make alterations in the flight path – is used.

ISRO posted an update at 9:22 am on Friday when the first orbit-raising was carried out. People familiar with the matter said the second orbit-raising was also successful; the thrusters were fired for 53 minutes on Saturday morning.

While the satellite was preparing for the third and final orbit-raising, ISRO said it lost communications with it. Efforts are on to establish the link with the satellite again, the statement added. 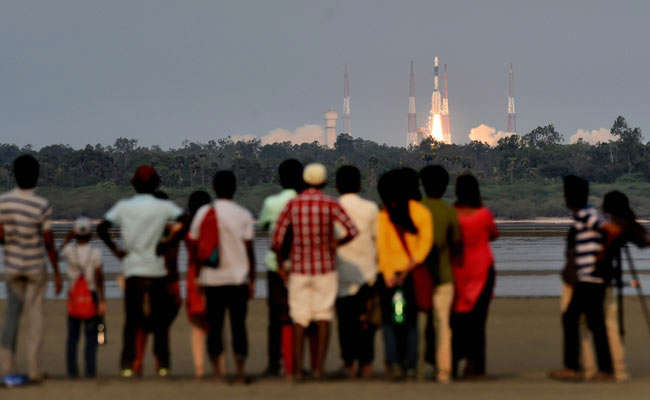 “The second orbit raising operation of GSAT-6A satellite has been successfully carried out by LAM Engine firing for about 53 minutes on March 31, 2018, in the morning… After the successful long-duration firings, when the satellite was on course to a normal operating configuration for the third and the final firing, scheduled for April 1, 2018, communication from the satellite was lost,” ISRO said in the statement.

The home-made satellite, built at a cost of Rs. 270 crore, is expected to send and receive signals from hand-held devices.

The GSAT-6A carries one of the largest antennas that has been built by ISRO, its former chairman Kiran Kumar has said. The huge size of the antenna gives it more power, which ensures that a two-way exchange of data, voice or video, can be carried out through small hand-held devices from any corner of the country.

The hand-held devices are still being fine-tuned by the Defence Research and Development Organisation or DRDO, which is looking to make a number of such devices for security personnel deployed in remote areas.

The powerful, home-made communications satellite lifted off on the back of the heavyweight GSLV rocket from Sriharikota’s Satish Dhawan Space Centre. The rocket also had a special feature — a new engine that will also be crucial for India’s second Moon mission.

The last time ISRO saw failure was on August 31, 2017, when the PSLV failed to launch the IRNSS-1H satellite.