(Bloomberg) — Kim Jong Un made a surprise visit to Beijing on his first known trip outside North Korea since taking power in 2011, three people with knowledge of the visit said.

Further details of his trip, including how long Kim would stay and who he would meet, were not immediately available. The people asked not to be identified because of the sensitivity of the information.

Speculation about a possible visit by a high-ranking North Korean official circulated around the Chinese capital Monday, after Japan’s Kyodo News reported that a special train may have carried Kim through the northeastern border city of Dandong. Nippon TV showed footage of a train arriving Monday in Beijing that looked similar to one used by Kim’s father, Kim Jong Il, to visit the country shortly before his death in 2011.

Kim Jong Un made a surprise visit to Beijing on his first known trip outside North Korea according to sources.

The unannounced visit is the latest in series of diplomatic power plays in Asia as U.S. President Donald Trump’s battle to lower the U.S. trade deficit becomes entangled with his effort to get Kim to give up his nuclear weapons. Chinese President Xi Jinping has found himself preparing for a trade war with Trump even after supporting progressive rounds of United Nations sanctions against the Kim regime.

The U.S. appears to have had no advance knowledge of Kim’s visit. White House Deputy Press Secretary Raj Shah told reporters on Monday that he couldn’t confirm reports of the trip and “we don’t know if they’re necessarily true.” A State Department spokesman, Julia Mason, responded to questions about the report with a single sentence: “We’d refer you to the Chinese.”

“What I’ll just state, though, is that where we are with North Korea is in a better place than we used to be because the president’s maximum pressure campaign in conjunction with dozens of countries around the world has paid dividends and brought the North Koreans to the table,” Shah said. 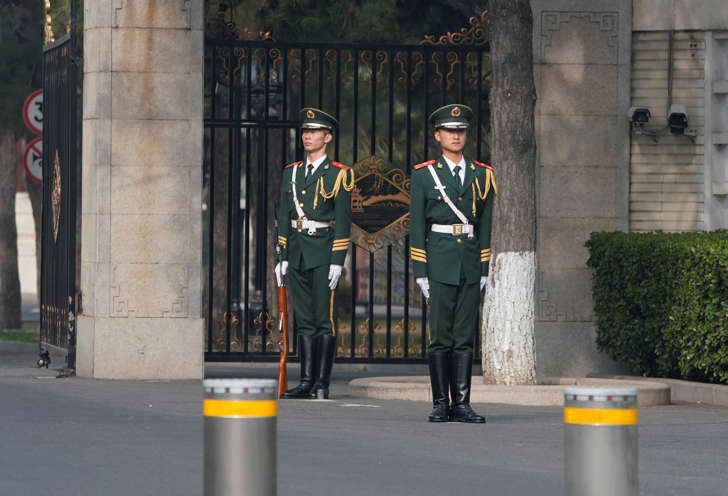 “If this meeting is confirmed, it may actually be more productive than a photo op between Trump and Kim in a few weeks,” said Melissa Hanham, a researcher at the James Martin Center for Nonproliferation Studies, in Monterey, California. “North Korea is often perceived as an ungrateful junior brother, but recent tensions and increased nuclear and missile capabilities mean China’s taking this seriously and doesn’t want to be left out of the process.”

Trump decided earlier this month to grant an unprecedented meeting to the North Korean leader after South Korean officials said Kim was willing to discuss giving up his nuclear weapons program. North Korea’s official media have yet to confirm the summit, and details on when and where it will happen are still being worked out.

“Presumably, part of what’s on the agenda is the Chinese want a sense of what Kim expects or is seeking in the meeting with the U.S., if it ever occurs, as well as their attempt, of course, to influence it,” Jacques Delisle, who teaches Chinese law and politics at the University of Pennsylvania Law School, said in an interview. 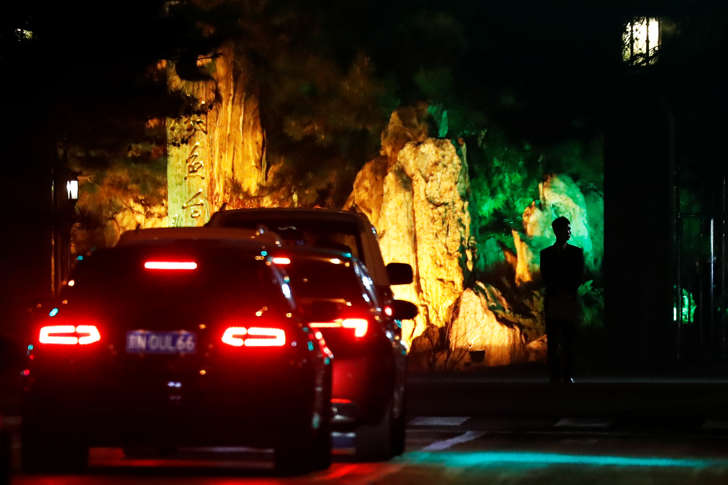 Kim’s delay in visiting China since his ascension as North Korea’s leader seven years ago reflects “strains in that relationship,” DeLisle said. “China has grown more frustrated with North Korea over the years especially under Kim the younger, Kim Jong Un.”

Ties between China and North Korea, who fought together against South Korean and UN forces during the Korean War, have been strained as China backed sanctions crimping the country’s energy imports and sources of foreign cash.

While China opposes North Korea’s nuclear weapons, it also doesn’t want to see Kim’s regime collapse or war break out on the Korean Peninsula. Any instability could lead to a refugee crisis or potentially U.S. troops on its border.

“There are precedents for the North Koreans going to Beijing to talk about what they should do next,” James Edward Hoare, associate fellow of Chatham House and a former U.K. diplomat to Pyongyang, said in an interview. “If it’s true it’s probably to ask advice on how they should handle a meeting with the Americans.”

Kim was expected to meet South Korean President Moon Jae-in near their shared border next month, in a prelude to the potential summit with Trump. Diplomats from the U.S., North Korea, and its neighbors have since been shuttling across the globe to prepare for the summits.

(Updates with White House response in the fifth paragraph and further comment.)

–With assistance from Justin Sink and Toluse Olorunnipa

To contact Bloomberg News staff for this story: Keith Zhai in Singapore at qzhai4@bloomberg.net.

To contact the editors responsible for this story: Brendan Scott at bscott66@bloomberg.net, Alex Wayne, Laurie Asséo