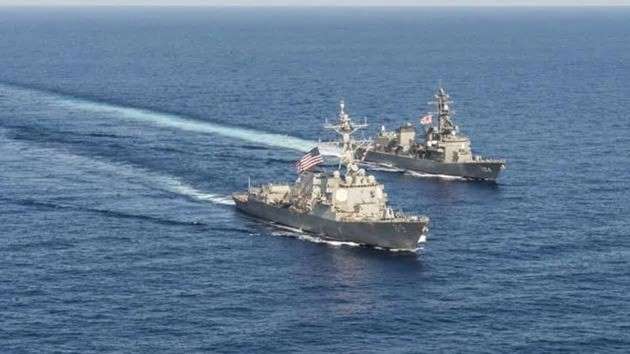 China’s defense ministry said on Friday the United States had seriously harmed the country’s sovereignty and security after a US Navy destroyer carried out a “freedom of navigation” operation in the disputed South China Sea.

Provocative behavior by the United States will only cause the Chinese military to strengthen its defense capabilities, the ministry said in a statement.

The US Navy destroyer carried out the operation on Friday, coming within 12 nautical miles of an artificial island built by China in the South China Sea, US officials told Reuters

US officials, speaking on condition of anonymity, had said that the USS Mustin traveled close to Mischief Reef in the Spratly Islands. China has territorial disputes with its neighbors over the area.