Pressure is building on Facebook’s founder and chief executive over the alleged misuse of user data on the network.

Mark Zuckerberg’s social media site is being investigated by the US Federal Trade Commission, a consumer and competition watchdog.

There are also calls from British MPs and the European Commission for urgent investigations.

The pressure comes after allegations that data analytics firm Cambridge Analytica, which was hired by Donald Trump’s campaign team, used millions of Facebook profiles without authorization to predict and influence the US election.

According to Facebook, academic Aleksandr Kogan, separately from his work as a University of Cambridge professor, made a personality app that gathered data which he then sold on to third parties.

In a statement, it said: “The entire company is outraged we were deceived.

“We are committed to vigorously enforcing our policies to protect people’s information and will take whatever steps are required to see that this happens.”

Damian Collins, the chair of the Commons culture committee said: “Facebook was not deceived by Cambridge Analytica.

© Other MPs, led by Damian Collins, are in Washington DC “They knew what they had done two years ago and only acted against them when it was reported in the press.

“Mark Zuckerberg needs to speak about this, but he won’t even answer questions from his own employees.”

Facebook held an open meeting for all employees following the allegations but it was chaired by the company’s deputy general counsel, Paul Grewal rather than Mr Zuckerberg.

Mr Zuckerberg has not posted any message to his millions of followers on Facebook regarding the case.

© REUTERS/Henry Nicholls A man delivers storage crates to the building that houses the offices of Cambridge Analytica in central London The data privacy crisis facing Facebook has seen its shares and those in the wider US social media sector take a hit.

Facebook’s own market value had fallen by more than $60bn since the story broke though the pace of losses eased in Tuesday’s trading.

Facebook’s stock was down 2.6% as markets closed in New York.

© REUTERS/Henry Nicholls Cameras are trained on the building housing the offices of Cambridge Analytica in central London A lawsuit was filed in San Francisco on Tuesday by the first of what could be many shareholders who claim they have suffered losses because they were misled by the company about its ability to protect user data.

There could also be future lawsuits from users who had their personal information exposed.

Comments Mr Nix made to an undercover reporter for Britain’s Channel 4 News and other allegations of wrongdoing were cited as reasons for the action by the company’s board. 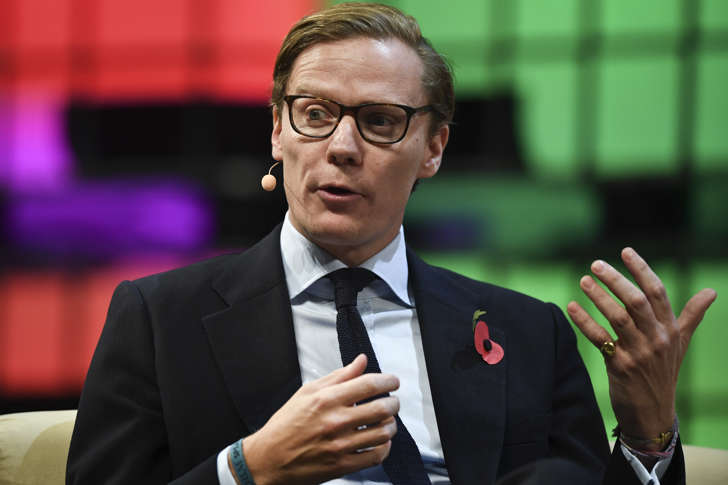 The firm said Mr Nix’s statements “do not represent the values or operations of the firm and his suspension reflects the seriousness with which we view the violation”.