As they prepare to meet in the Champions League on Wednesday, a look at why there’s no love lost between the Real Madrid pair and the PSG defender.

Dani Alves says what he thinks. It is that refreshing attitude that has won the Paris Saint-Germain right-back plenty of admirers in the game over the past decade. However, he has also earned himself a few enemies along the way – many of them at Real Madrid.

Had things been different, Alves could actually have ended up at the Santiago Bernabeu. “It would be a huge reward,” he said after winning the Copa del Rey with Sevilla at Madrid’s stadium in 2007. And asked about the dressing room where he changed, he said: “It’s the greatest one in the world.”

However, Madrid dallied and the following summer, Alves moved to Barcelona instead. It was to be the beginning of a rivalry that is still alive today, even though the Brazilian no longer plays in Spain.

In his first season at Camp Nou, Alves was part of Pep Guardiola’s great treble-winning team and by the time he had left the Catalan club in the summer of 2016, he had beaten Los Blancos (with Sevilla and Barcelona) more than any other player in history. 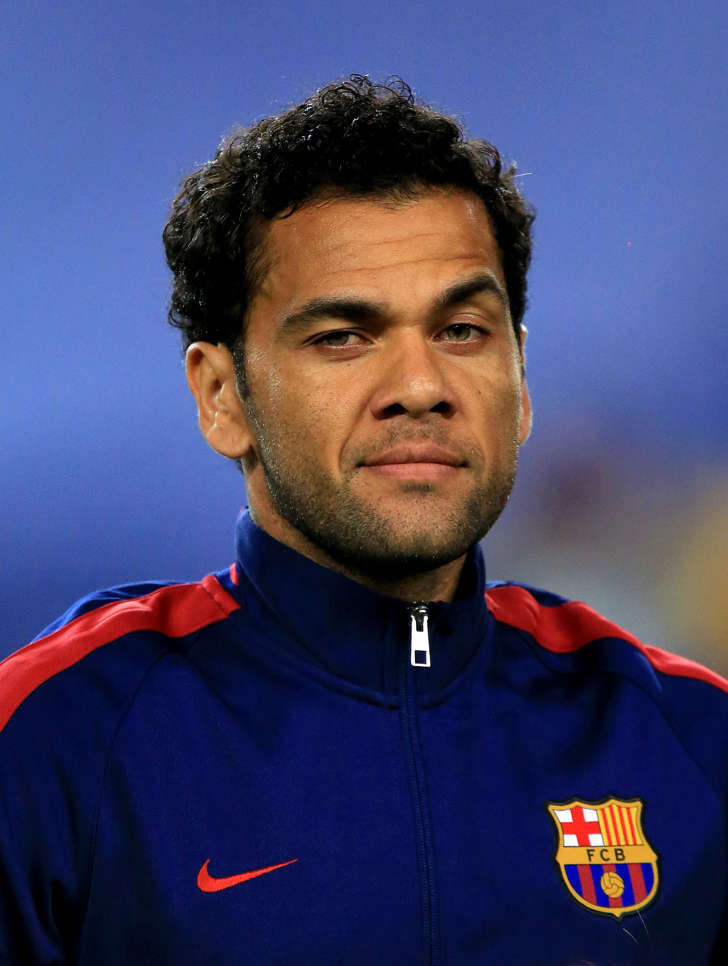 Dani Alves And it was during Jose Mourinho’s time at the Bernabeu where Alves really got under the noses of Barca’s biggest rivals. The Clasico clashes in those three years were particularly ill-tempered affairs and the Brazilian later described Real as “dirty” and “bad losers” under the Portuguese coach.

However, one incident stands out above all. That was when Alves was fouled by Pepe in the Champions League semi-final first leg at the Bernabeu in 2011 and rolled around in agony, leaving the pitch on a stretcher. Pepe was sent off, Madrid were reduced to 10 men and Lionel Messi scored twice to settle the tie.

It provoked an infamous rant from Mourinho after the match. The Portuguese spoke of “shame” and “scandal” as he reeled off a list of conspiracy theories about Barca’s relationship with Unicef, UEFA and more. “I haven’t said anything to the referee,” he said. “I just laughed and applauded with two fingers. If I said what I really thought, my career would end today.”

Looking back now, the challenge by Pepe was dangerous and Alves could not really do anything else. Did he exaggerate the contact? Perhaps. But many of Madrid’s players – including Pepe – would have done exactly the same.

Nevertheless, the incident created bad blood and also initiated a war of words between Alves and Mourinho. The Brazilian later commented that the Portuguese was “a great coach”, but added; “People talk about him as if he invented football. He didn’t.”

Mourinho hit back. “What Dani Alves said? Einstein couldn’t have put it better,” he quipped. “He is right: I didn’t invent football. But I would like to remind him that it was a Portuguese who discovered his country.”

With Ronaldo, the bad feeling came mostly because of the Ballon d’Or and the Brazilian’s support of his team-mate, Messi, when asked about the prestigious individual award.

“The Ballon d’Or thing is a little tiresome because it has been moved to a different playing field,” the defender told Goal in 2014. “It has moved to the field of opinions and off the field of play. But if we look at the field of play, I think Leo, for as long as he is around, will push the rest into second place.

And in 2015, after Barca had won the treble and Luis Suarez was left off the final shortlist for the award, he said: “Cristiano Ronaldo doesn’t deserve to be among the Ballon d’Or finalists. It’s not only about scoring goals.”

With Ramos, however, the rivalry remains intense. Asked about the Madrid skipper being booed by fans at former club Sevilla, Alves said last year: “The problem is that, days before moving to Madrid, Ramos swore eternal love to Sevilla.”

And he added: “He didn’t make history there, certainly not enough to not celebrate goals or to ask for respect. I was there for six years and I won many titles there.”

Ramos responded with his own prickly retort. “These comments are coming from Alves, who one year loves Brazil, the next one he decides to love Spain and the next one, Italy,” he said, in reference to the Brazilian’s career choices.

Off the pitch, Alves is a joker and a popular player with his team-mates, while even Madrid president Florentino Perez admitted last year that the pair always has a laugh when they bump into each other. For Real’s players, however, the Brazilian is an acquired taste that they are never likely to acquire.

And now, in the latest installment, Wednesday will see those rivalries renewed as Los Blancos host PSG in the Champions League. It is bound to be entertaining.