Facebook Inc. acknowledged today (January 22) that social media can have a negative impact on democracies, and that the company has more work to do in order to ensure that the good outweighs the bad.

“From the Arab Spring to robust elections around the globe, social media seemed like a positive,” Katie Harbath, who runs the Facebook team that builds relationships with governments around the world, wrote in a blog post. “The last U.S. presidential campaign changed that, with foreign interference that Facebook should have been quicker to identify, to the rise of ‘fake news’ and echo chambers.”

Following the November 2016 election, Menlo Park, California-based Facebook has frequently promised to work harder and devote more resources to fixing such issues. But it also usually emphasized that bad actors made up a small percentage of activity and that, overall, the company was doing something good for society. Facebook’s post today is the most self-critical assessment of the company’s impact to date, complete with an admission that its efforts may not be successful.

In the battle against fake news, for example, Facebook has tried several different strategies, such as working with third-party fact-checkers to mark dubious articles as “disputed,” then deciding to offer up “related article” suggestions instead. The company will also start polling users about the trustworthiness of sources, with the goal of using that data to guide rankings in the news-feed algorithm.

“Even with all these countermeasures, the battle will never end,” Samidh Chakrabarti, Facebook’s product manager for civic engagement, wrote in a separate blog post. “Misinformation campaigns are not amateur operations. They are professionalized and constantly try to game the system. We will always have more work to do.” 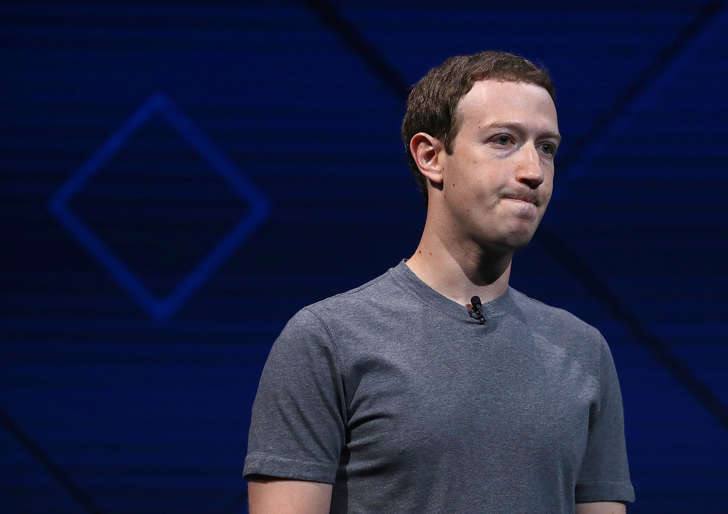 © Getty Images Facebook CEO Mark Zuckerberg delivers the keynote address at Facebook’s F8 Developer Conference on April 18, 2017 at McEnery Convention Center in San Jose, California. Facebook also talked openly about the challenge of working with government leaders who harass their own citizens — the subject of recent Bloomberg investigations. Chakrabarti wrote about a citizen in one country who told Facebook that after he posted a video critical of the government, the police visited him to inspect his tax compliance.

There are also officials in “more open societies” who “write hateful posts that make enforcing our Community Standards challenging,” Chakrabarti said. “So far, we’ve kept such posts up on our platform since we view them as newsworthy information that citizens deserve to know.” That’s similar to the reasoning used by Twitter Inc. for keeping up tweets by President Donald Trump that may violate its policies.

Facebook’s admission that social media may not be good for democracy comes about a month after another reflective report from Facebook, which said “passively” consuming social media can be bad for mental health.

Chief Executive Officer Mark Zuckerberg has been trying to evaluate the company’s blind spots with regard to its role in the world, adjusting Facebook’s goals to make sure the site has a positive impact. Earlier this year, for example, he said he would shift the news feed to focus more on posts from friends and family, as opposed to brands and news organizations.