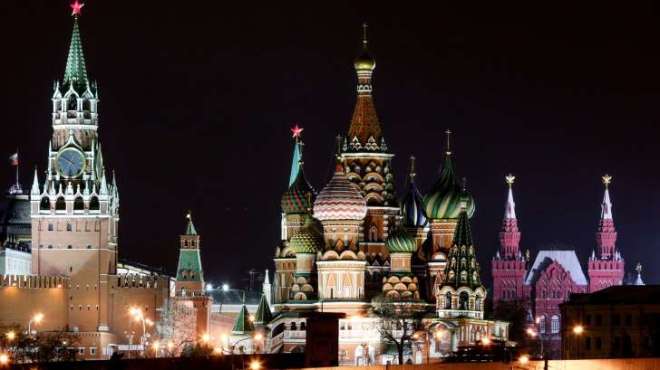 The U.S. Treasury Department is finishing its first official list of “oligarchs” close to President Vladimir Putin’s government, setting off a flurry of moves by wealthy Russians to shield their fortunes and reputations.

Some people who think they’re likely to land on the list have stress-tested the potential impact on their investments, two people with knowledge of the matter said. Others are liquidating holdings, according to their U.S. advisers.

Russian businessmen have approached former Treasury and State Department officials with experience in sanctions for help staying off the list, said Dan Fried, who previously worked at the State Department and said he turned down such offers. Some Russians sent proxies to Washington in an attempt to avoid lobbying disclosures, according to one person that was contacted.

The report is expected to amount to a blacklist of Russia’s elite. It was mandated by a law President Donald Trump reluctantly signed in August intended to penalize the Kremlin for its alleged meddling in the 2016 election. A rare piece of legislation passed with a bipartisan veto-proof margin, the law gave Treasury, the State Department and intelligence agencies 180 days to identify people by “their closeness to the Russian regime and their net worth.”

The list has also become a headache within Treasury, where some officials are concerned it will be conflated with sanctions, a person familiar with the matter said. Treasury officials are considering keeping some portions of the report classified — which the law allows — and issuing it in the form of a letter from a senior official, Sigal Mandelker, instead of releasing it through the Office of Foreign Assets Control, which issues sanctions. That would help distinguish it from separate lists of Russians subject to U.S. economic penalties, said the person, who spoke on condition of anonymity.

“You’re going to have people getting shamed. It’s a step below a sanction because it doesn’t actually block any assets, but has the same optics as sanctions — you’re on a list of people who are engaged in doing bad things,” said Erich Ferrari, who founded Ferrari & Associates in Washington and has helped people get removed from the sanctions designation list.

The report must include “indices of corruption” with the oligarch’s names and list any foreign assets they may own. Lawmakers expect the list to provide a basis for future punitive actions against Russia.

“Because of the nervousness that the Russian business community is facing, a number of oligarchs are already beginning to wind back businesses, treating them as if they are already designated, to stay ahead of it,” said Daniel Tannenbaum, head of PricewaterhouseCoopers LLP’s global financial sanctions unit. He said he advises about a dozen Russian firms that he declined to identify.

Treasury’s terrorism and financial intelligence units are working with the State Department and Office of National Intelligence to complete the report, said a spokesman who declined to elaborate on the criteria for the list or whether it would be made public.

“It should be released in the near future,” Treasury Secretary Steve Mnuchin said at a White House briefing. ‘It’s something we’re very focused on.”

The list’s impact will depend on how it’s released, said Adam Smith, a former senior adviser in Treasury’s sanctions unit and now a partner at Gibson, Dunn & Crutcher LLP in Washington.

The law is “written in a way that it allows mischief if the administration wanted to go a different way,” Smith said. “If the president wanted to provide little or a lot and be very selective, he has the ability to do that.”

That discretion partly flows from the criteria used to assemble the list, which Congress left up to Treasury.

Senator Ben Cardin of Maryland, the ranking Democrat on the committee on foreign relations, said he would like to see “as much transparency as possible” from Treasury when it finishes the list.

Russia has sought to defend its elites. Putin warned of worsening U.S. sanctions last month and introduced a capital amnesty program to encourage wealthy nationals to repatriate some of their overseas assets. He also approved a plan to issue special bonds designed to give the wealthy a way to hold their dollar assets out of reach of the U.S. Treasury.

While the compilation of the list doesn’t mean there’ll be a new round of tit-for-tat sanctions, Russia will react to any punitive measures against its business people, Kremlin spokesman Dmitry Peskov told reporters on a conference call Friday. “The principle of reciprocity remains,” and it would be for Putin to decide on the best response, he said.

Prime Minister Dmitry Medvedev, a Putin lieutenant for two decades, called the state of the relationship “disgusting” in November.

Congress has also requested that Treasury submit an impact analysis of potential sanctions on Russian sovereign bonds. A Treasury spokesman said its international affairs office is working on the analysis.

U.S. sanctions on the bonds would deal a major blow to Russia’s finances, raising the prospect of a selloff in the bond market, posing a risk to the ruble and the potential for higher borrowing costs. The Russian Finance Ministry relies on debt to cover budget shortfalls and is seeking to borrow $18 billion domestically in 2018.