RAF Typhoon fighter jets have been scrambled to intercept Russian planes in UK airspace this morning.

They took off from RAF Lossiemouth, off the coast of Scotland, at 9.30am – and the situation is understood to be ongoing.

© Provided by Trinity Mirror Plc Credits: AFP The RAF refused to disclose any further details for operational reasons but radar images appear to suggest that two Typhoon jets are accompanied by an RAF Voyager plane from RAF Brize Norton which can provide air-to-air refuelling capabilities.

‘Happy Friday’ everyone from #RAF #Metheringham

…”it looked like a Nissan car factory from above!” Bill Ramsey on flying over Metheringham Airfield #FondMemories #Vulcan #XH558 pic.twitter.com/E14LIE9UGi

The type of Russian planes involved is unknown but the incident appears to be currently be taking place at around 28,000ft off the east coast of Scotland. 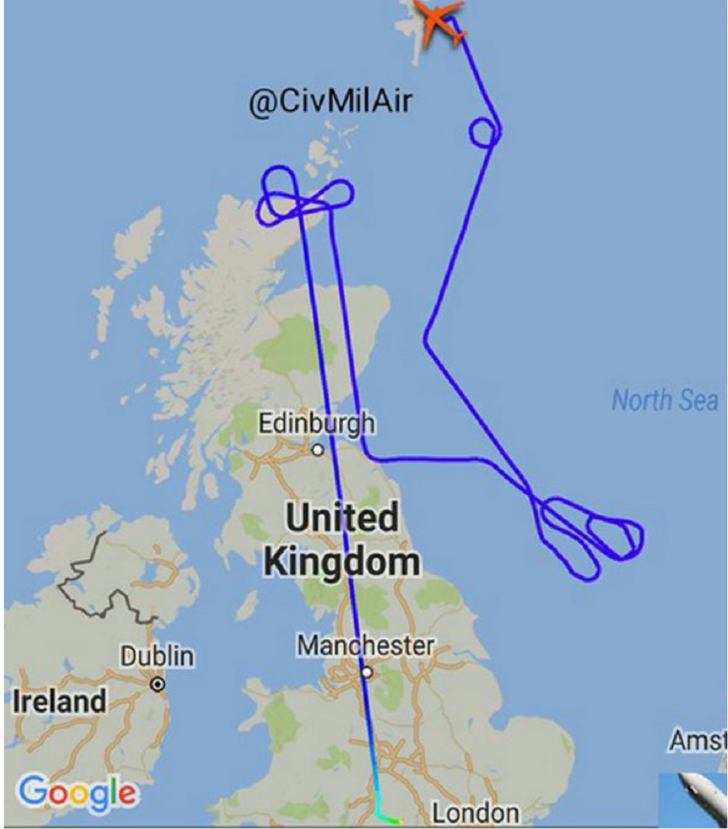 © Microsoft ICE A radar image showing the path of a refuelling tanker in the North Sea appears to show a ‘real game of cat and mouse’ is being played out over the North Sea A spokesman said: “We can confirm that quick reaction alert Typhoon aircraft from RAF Lossiemouth scrambled this morning, this is a live operation and therefore we will not be providing any additional information until the mission is complete.” 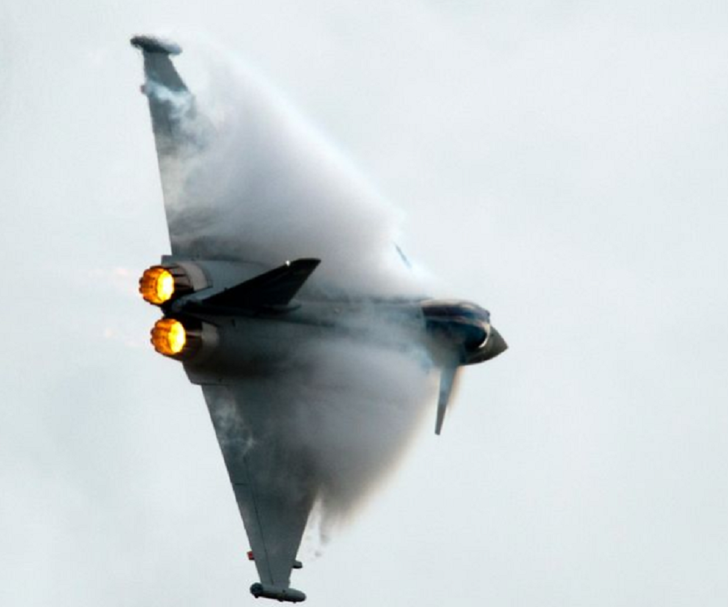 © AFP Typhoon fighter jets have been scrambled over the coast of Scotland The encroachment into UK airspace is thought to be one of the latest in a series of deliberate provocations by Moscow who routinely like to test UK defences.

The RAF Typhoon jets – which have been in use since 2007 and replaced the ageing Tornado fleet – have been used to target ISIS strongholds, with their pilots often enduring eight hour missions over Iraq and Syria. 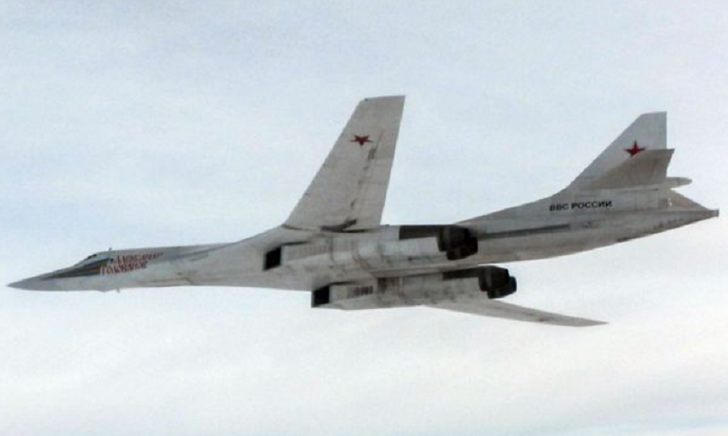 © Press Association A Russian TU-160 Blackjack bomber of the type which has been intercepted by RAF Typhoons They are armed with air-to-air missiles and are an integral part of the RAF’s Quick Reaction Alert.

The Typhoons are notorious for their sonic boom – which can be heard for miles when their pilots need to get somewhere within minutes when authorised to fly at supersonic speeds.