It was a moment considered so sacred that television cameras were turned away out of respect, as the young Queen was anointed before God under a Westminster Abbey canopy.

Tonight, for the first time, that mysterious process will be revealed to the general public, as the Dean of Westminster allows the sight of the anointing oil and its ornate bottle to be broadcast.

The solid gold ampulla, shaped like an eagle, is usually hidden carefully in Westminster Abbey, and with the moment of anointing deliberately cut from the Queen’s 1953 Coronation.

For the first time in history, the bottle will be permitted to be filmed for a BBC documentary about the Coronation, in a programme starring the Queen sharing her own memories of the day.

© Provided by The Telegraph The Queen, in conversation with expert Alastair Bruce, will speak candidly about what happened behind-the-scenes at both her own Coronation and that of her father, George VI.

She will discuss how he asked her to write down her own memories of the day, which she watched as an 11-year-old in 1937, proclaiming the task “very valuable”.

Watching home footage of her coronation for the first time, she will give a humorous running commentary of her memories and be reunited with the St Edward’s Crown she has not worn since.

Those who have already seen the show have remarked on the Queen’s quick wit, responding to praise for the smooth-running of her day with a dry: “Well, they jolly well should have done after the number of rehearsals we had.”

© Provided by The Telegraph She will also discuss her mischievous children, with Prince Charles watching on in the Abbey and Princess Anne at home.

On the subject of her father’s day, which included a minor but live debacle over which way the crown was supposed to be placed on his head, the Queen disclosed she has a “much better” recollection of 1937 coronation than her own because “I wasn’t doing anything. Just sitting there.”

Speaking to Bruce, the Queen said: “I remember my Father making me write down what I remembered about his coronation. It was very valuable. Have you never seen it?”

The programme will then display shots of the then Princess Elizabeth’s exercise book, in which she wrote:  “I thought it all very very wonderful, and I expect the Abbey did too. The arches and beams at the top were covered with a sort of haze of wonder as Papa was crowned, at least I thought so.”

© Provided by The Telegraph The document, held by the Royal Archives, is entitled: “To Mummy and Papa, In Memory of Their Coronation, From Lilibet. By Herself.”

A spokesman for the BBC said the programme, part one of a series about the Royal Collection, would see the Dean of Westminster John Hall “reveal for the first time on camera the bottle containing the anointing oil used in The Queen’s Coronation in 1953”.

The film will closely examine, in HD, the Crown Jewels. The moment of anointing, which takes place under a canopy to ensure a “deeply personal experience between The Queen and God”, was not broadcast in 1953, when cameras set up for the first television coronation deliberately turned away.

Current Dean of Westminster, The Very Reverend Dr. John Hall, said: “ It is kept very safe in the Deanery, in a very hidden place in a little box here, which has in it a flask containing the oil from 1953.  And it is not just olive oil, it’s quite a complex mixture of different things. 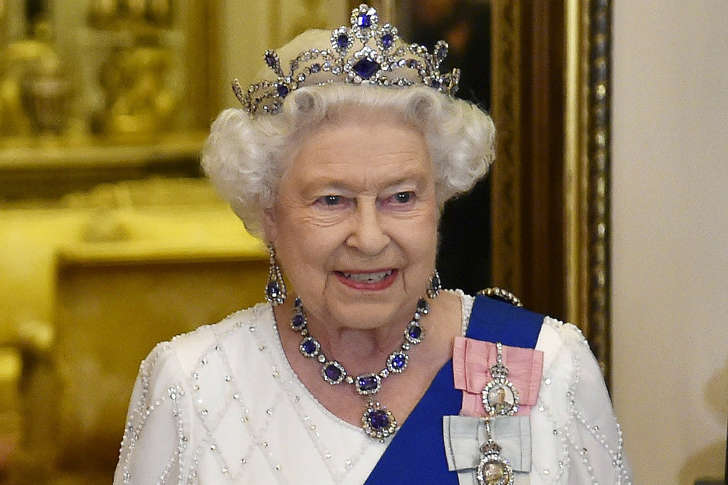 © PA “This is the recipe for the Coronation Oil. The composition of the oil was founded upon that used in the 17th century.

“Then you see what it consists of sesame seed and olive oil, perfume with roses orange flowers, jasmine, musk, civet, and ambergris.”

Referring to The Queen’s Coronation, the Dean added: “For six months, they closed the abbey. They laid a railway track down the center of the abbey, bringing in tonnes and tonnes of wood and iron.

“I think there were 400 people in the choir and they were all up there. And there was an orchestra on the choir screen.   2200 people can sit on the floor of the Abbey, 8000 people were in here in 1953. They took a long time actually to get the whole thing ready.”