Washington: NASA is turning 60 in 2018 and the agency is looking forward to launching a slew of important missions in the coming year, including one to “touch” the Sun.

NASA’s Parker Solar Probe is scheduled for launch in 2018 to explore the Sun’s outer atmosphere. 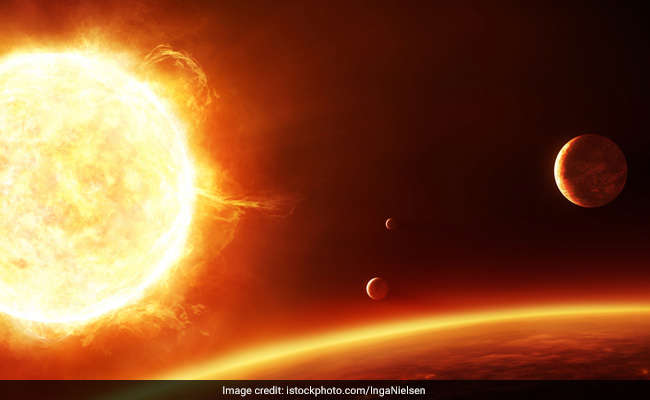 The probe will use Venus’ gravity during seven flybys over nearly seven years to gradually bring its orbit closer to the Sun, according to a NASA statement.

The spacecraft will fly through the Sun’s atmosphere as close as 6.2 million kilometres to our star’s surface, well within the orbit of Mercury and closer than any spacecraft has gone before.

The Parker Solar Probe will perform its scientific investigations in a hazardous region of intense heat and solar radiation.

The primary science goals for the mission are to trace how energy and heat move through the solar corona and to explore what accelerates the solar wind as well as solar energetic particles.

In 2018, NASA will also add to its existing robotic fleet at the Red Planet with the InSight Mars lander designed to study the interior and subsurface of the planet .

The US space agency’s first asteroid sample return mission, OSIRIS-REx, is scheduled to arrive at the near-Earth asteroid Bennu in August 2018, and will return a sample for study in 2023.

Launching no later than June 2018, the Transiting Exoplanet Survey Satellite (TESS) will search for planets outside our solar system by monitoring 200,000 bright, nearby stars.

To continue the long-term record of how Earth’s ice sheets, sea level, and underground water reserves are changing, NASA will also launch the next generation of two missions – ICESat-2 and GRACE Follow-On – in 2018