These are the first pictures of a mum and her 11-year-old daughter killed along with four other people in a seaplane crash on New Year’s Eve.

Emma Bowden, 48, was the fiancee of millionaire CEO Richard Cousins, 58, who also died in the tragic incident in Sydney, Australia, yesterday.

© Provided by Trinity Mirror Plc Credits: Facebook His two sons William, 25, and Edward, 23 and her daughter Heather were also killed in the horrific accident.

William Cousins was a prominent anti-Brexit campaigner for the group Open Britain.

He worked as Head of Press for the organisation, backed by MPs including Labour’s Chuka Umunna and Ben Bradshaw.

Roland Rudd, Chairman of Open Britain, said: “All of us at Open Britain are devastated by the tragic loss of Will and his family.

“Will was an extraordinary young man who was passionate about what he did; who took deep pride in his work; and came into the office every day with enthusiasm, energy and determination.

“Will saw his role at Open Britain as more than a job. For him, it was a cause akin to a crusade to stop Britain crashing out of the EU with no deal or a bad deal.

“Will was a great team player who loved the camaraderie of our young team and developed close relationships with all his colleagues. He will be missed beyond words.”

Police said the group were on holiday in Australia from the UK, and were on a return flight to Sydney’s Rose Bay, close to Sydney Harbour, when the crash happened.

The plane came down off Jerusalem Bay near Cowan, 25 miles north of Sydney centre, at about 3.10pm (4.10am GMT) on Sunday.

© Provided by Trinity Mirror Plc Credits: Getty Images Mr Cousins, who was recently named as one of the world’s best-performing CEOs by the Harvard Business Review, was due to stand down as chief executive of Compass in March.

Paul Walsh, the firm’s chairman, said: “We are deeply shocked and saddened by this terrible news.

“The thoughts of everyone at Compass are with Richard’s family and friends, and we extend our deepest sympathies to them.

“It has been a great privilege to know Richard personally and to work with him for the last few years,” he continued.

“Richard was known and respected for his great humanity and a no-nonsense style that transformed Compass into one of Britain’s leading companies.”

Detective Superintendent Mark Hutchings, head of the New South Wales marine area command, told a press conference the crash “can only be described as a tragic accident”.

“These people had come over on holiday to one of the most beautiful parts of the world and for this to happen at a place like this is just tragic,” he added.

The sixth person who died was named as Australian pilot Gareth Morgan, 44, who worked for tour company Sydney Seaplanes.

He was said to have been an experienced pilot.

Sydney Seaplanes, which has flown passengers including singer Ed Sheeran and Pippa Middleton and her husband James Matthews, said it was “deeply shocked” by the “tragic accident”.

Aaron Shaw, chief executive of the firm, which has suspended all flights until further notice, described Mr Morgan as a “gentle guy”. 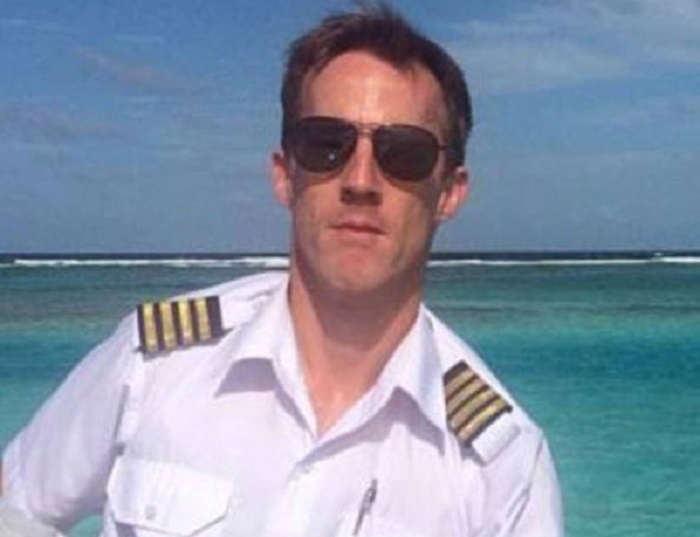 © Facebook Gareth Morgan has been named as the pilot He added: “We are all absolutely devastated at his loss. Ringing his parents today was the one of the worst calls I’ve had to make in my life.

“We just want to get to the bottom of this as quickly as we can.”

Police divers were flown to the scene, and all six bodies were recovered on Sunday evening.

© Provided by Trinity Mirror Plc Credits: REUTERS It may take several days to recover the wreckage of the plane.

The ATSB said: “At around 3pm, a DHC-2 Beaver Seaplane, VH-NOO, operated by Sydney Seaplanes was flying in the vicinity of Jerusalem Bay (near Cottage Point).

© Provided by Trinity Mirror Plc Credits: REX/Shutterstock “It is understood that there was one pilot and five passengers on the aircraft on a return flight to Rose Bay, Sydney Harbour.

“The sequence of events leading up to the accident are not yet understood, however following the impact with the water, the aircraft is reported to have sunk rapidly.”

© Provided by Trinity Mirror Plc Credits: REX/Shutterstock About 10 recreational boats were believed to be in the area at the time of the incident, and police have appealed for anyone who may have seen what happened to come forward.

An investigation has been launched to establish the circumstances leading up to the crash.