The Royal Navy’s flagship HMS Ocean has arrived home from its final foreign deployment a day early due to foggy weather.

The helicopter carrier and amphibious assault craft returned to her base-port of Devonport in Plymouth at about 6.30pm on Tuesday.

Her crew will take Christmas leave after the vessel’s planned arrival was brought forward a day due to forecast fog. 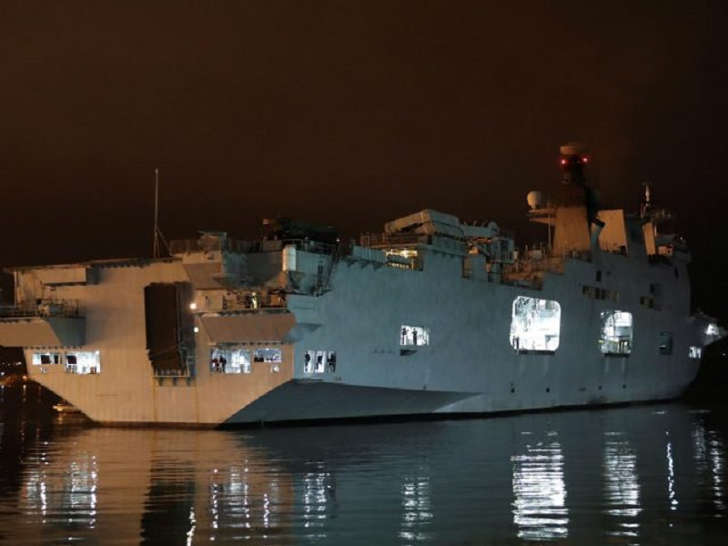 The warship, which will be decommissioned next year, left Plymouth at the end of August as the flagship of a NATO Maritime Group on security duties in the Mediterranean region.

She was re-tasked at the beginning of September to take humanitarian aid to British overseas territories hit by Hurricane Irma before returning to resume her NATO role.

On board during her deployment were Royal Marines from Taunton-based 40 Commando, helicopters from 820, 845 and 847 Royal Naval Air Squadron based in Culdrose and Yeovilton, and RAF Chinook helicopters.