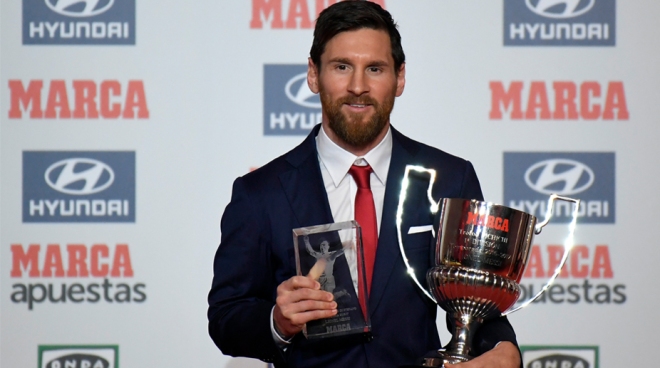 “As I always say, if the individual awards come, they are welcome, but my main goal is to fight for all of the titles,” Messi said during the Marca football awards ceremony here on Monday.

“As I said in the (European) Golden Shoe ceremony award, I would like to dedicate (these trophies) to the locker room,” Messi said.

The ceremony comes days before the highly anticipated match between leader Barça and defending champion Real Madrid on December 23.

“It is a special match because of what it means, because it is against Real Madrid and at their stadium. If we win, we will have a big advantage (14 points),” Messi said.

Although he downplayed the game’s importance in the fight for the title, Messi said it would be nice if the team ended the year in an auspicious fashion.