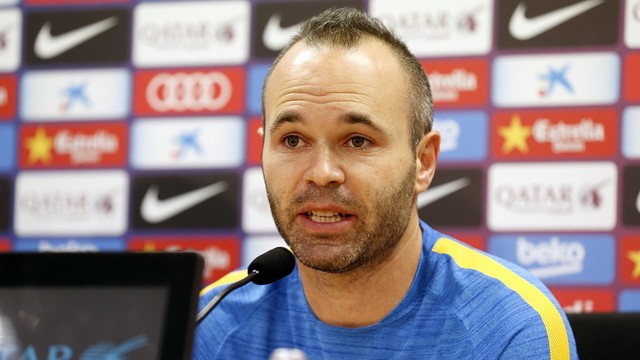 Andres Iniesta has admitted it would bother him to see “unique and decisive” Neymar join Real Madrid because it would strengthen Barcelona’s main rival.

Neymar left Barca in controversial circumstances in August when he made the €222 million move to Paris Saint-Germain.

The 25-year-old had spent four years with the Camp Nou outfit, but broke up the famous partnership with Lionel Messi and Luis Suarez to become the main star in the French capital.

Although the Brazilian has impressed so far, he has already been linked with a return to Spain, with Madrid president Florentino Perez said to be making advances to sign him.

While Iniesta is not too bothered by the idea at the moment, he says it would be unfortunate to see his old team-mate add further strength to the Champions League holders.

He told reporters: “I would be indifferent, it’s not something that matters to me in that sense, but maybe it would bother me because I understand that he is a unique and decisive player and our biggest rivals would be reinforced, but this is hypothetical. In football anything can happen. If it happens, we’ll see.

Madrid may be targeting one of the world’s top players in Neymar, but they already have arguably the world’s best in Cristiano Ronaldo, who himself claimed to be the best in history after winning a fifth Ballon d’Or to tie him with Messi.

Iniesta, though, feels it is a matter of opinion, and his choice over the greatest ever is already settled.

“He has given an opinion of how he looks, everyone is free to express their opinion or feeling. A player of his level, with what he has achieved and with five Ballon d’Ors, undoubtedly will be among the best.

“We each have our preferences, and in that sense mine is clearly for Leo Messi, for what he has done and I hope he continues to do for this club. When it comes to the Ballon d’Or, the winner is fair.”