The British government is making a last-minute diplomatic push to persuade the EU to publicly and explicitly state its willingness to hold talks on post-Brexit trade before March next year.

A draft statement due to be signed off by EU leaders on Friday, along with comments from senior officials and diplomats in Brussels, suggest substantive talks can only start in spring, once the EU has published its own plan for the future.

The Brexit secretary, David Davis, has insisted he expects the “substantive” outlines of a trade deal to be settled within a year, and the British government is keen to avoid the perception that negotiations are again being delayed by Brussels.

It has been engaging in a last-minute round of telephone diplomacy to persuade the EU to make clear at a summit this week that at least some preliminary talks on trade can start immediately in the new year.

The success of the British push was in doubt on Wednesday afternoon, however, as EU diplomats lined up to insist that anything substantive would require clarification of the UK government’s vision of the future. “The onus is on them, not on us,” said one EU diplomat. 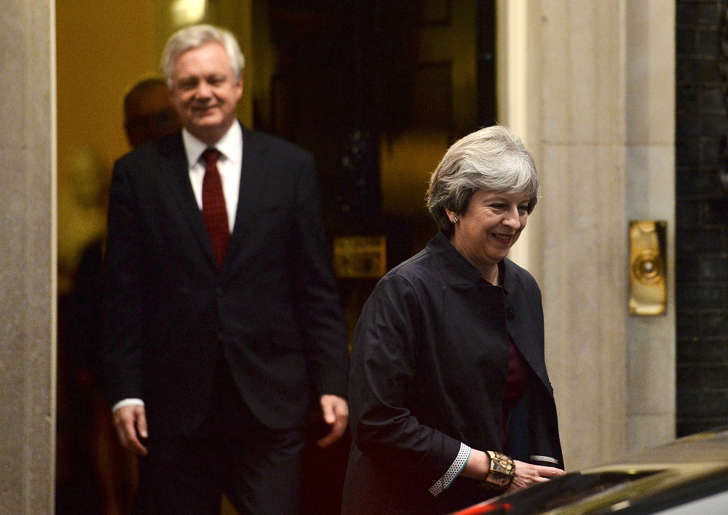 The commission remains concerned that it does not yet have sufficient understanding of what kind of deal the UK actually wants. Theresa May’s cabinet will hold a substantive discussion next Tuesday about the government’s preferred “end state” for negotiations.

EU member states expect further discussions on the transition period, and other outstanding issues from the first phase of divorce talks, to take up most of their time in the first months of 2018.

A “political declaration” about the broad outlines of a future trade deal could then be agreed before Brexit day in March 2019 – but the details would have to be hammered out during the transition period.

Some EU member states are more open to preliminary talks before March, when the leaders agree new guidelines on the future trade relationship, but do not expect formal negotiations.

“It all depends on what you mean by ‘trade talks beginning’,” said one diplomat. “The European council is going to need until March to have its guidelines in place for Michel Barnier [the EU’s chief negotiator] to negotiate phase two, and member states will be extremely reluctant to negotiate before those guidelines are in place. Whether that means before [March] there cannot be any kind of conversations, or comparing notes, that is a view that is yet to be defined.”

The development exposes the nervousness in the UK at losing the momentum gained by May’s successful agreement with the European commission to move talks on at this week’s December summit to discuss a potential transition period and future relationship. 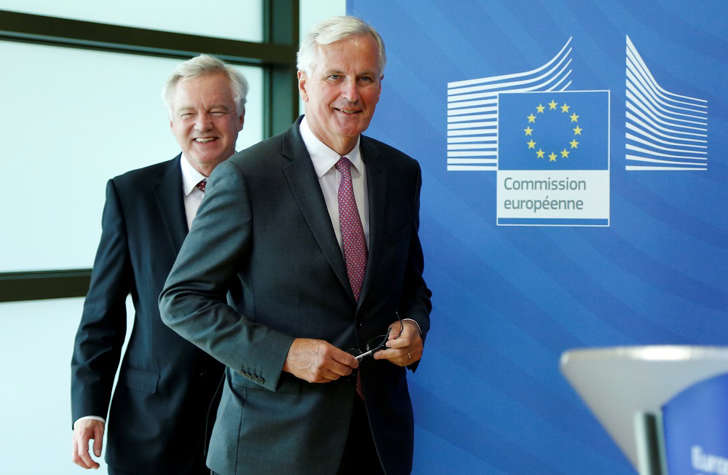 Paris and Berlin drove the decision to add a contentious sentence early in the drafting of the leaders’ guidelines due to be agreed at Friday’s meeting, which appeared to limit how far the EU was willing to go before the summit in March.

The paragraph reads: “The union will be ready to engage in preliminary and preparatory discussions with the aim of identifying an overall understanding of the framework for the future relationship. Such an understanding, which will require additional European council guidelines, should be elaborated in a political declaration accompanying the withdrawal agreement.”

On Friday, EU leaders are expected to announce that sufficient progress has been made on the opening issues of citizens’ rights, the financial settlement and the Irish border to allow a widening of Brexit talks, with the details of a transition period being the priority.

In a motion on Wednesday backed by 556 votes to 62 against, the European parliament – which will have a veto on any withdrawal agreement – urged them to take that step.

Before the vote, a key ally of Angela Merkel, the German chancellor, claimed, however, that a growing awareness of the damaging terms of a future Brexit deal had led to a rise in support in the UK for a second referendum on EU membership.

Manfred Weber, the leader of the largest party in the European parliament, said a row over the ineligibility of Britain’s cities in the European capital of culture competition was just the latest example of the UK’s losses hitting home.

“An opinion poll showed 50% of the British people are in favour of a new referendum,” said Weber, who leads the centre-right European People’s party. “The British people realise that Brexit means losing many things, but not gaining anything.”

On Tuesday, Davis, called the European parliament’s Brexit coordinator, Guy Verhofstadt, to reassure him that British promises could be depended upon.

His earlier suggestion that the concessions made by the UK in a joint agreement struck last week with the European commission were merely a “statement of intent” caused uproar in Brussels and Dublin.

Verhofstadt told the European parliament: “Yesterday, I spoke to [Davis] on the phone and he assured me that it is absolutely not his intention nor that of the British government to backtrack on their commitments.

“I take note of this and I think that the best way to assure this is that today, as we mention in our resolution, we immediately transpose all the commitments of the report into the legal text of the withdrawal agreement.”

The Italian leader of the socialists, Gianni Pittella, said the British prime minister’s biggest task now was “to preserve her fragile majority and control the extreme fringes of her party”.

Separately, a German government official said of Davis’s comments: “From our perspective, the agreements we reached last week are binding agreements … It was the prime minister who conducted the negotiations, and that is what counts for us.”

Barnier told MEPs he was confident the UK would “rapidly” turn the agreement into a legal document. Barnier added that May was “courageous” and deserved respect.