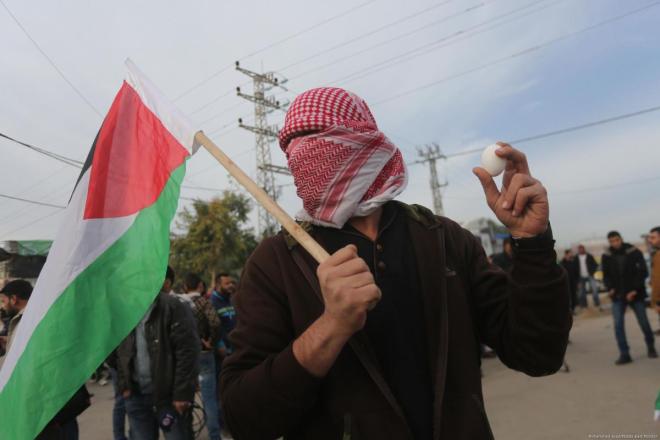 Hundreds of protesters gathered yesterday morning at the Palestinian side of the Erez crossing ready to prevent a planned visit by a Bahraini delegation to the Gaza Strip, Quds New reported.

The protesters held eggs and shoes in their hands and were ready to throw them at the members of the Bahraini delegation, who planned to visit Al-Bahrain School in Gaza.

They held placards which read: “Normalisation is treason, Jerusalem is an Arabic city and you are not welcome.”

After spending two days in Israel and occupied Jerusalem, the delegation was due to visit the besieged Gaza Strip however the Palestinian Ministry of Education refused to receive the group.

The ministry also called for the private schools and the schools run by the UNRWA not to accept the delegation, stressing that this is not an affront to the Bahraini people.

On Sunday, Palestinian guards at Al-Aqsa Mosque expelled members of the Bahraini delegation from the holy site following reports that it was in the city to “normalise and strengthen ties with Israel” and to deliver “message of peace and brotherhood to Israel”.