The global search engine Google and Google Maps have changed the capital of Israel from Tel Aviv to Jerusalem.

This came as the US President Donald Trump was due to recognise Jerusalem as the capital of the State of Israel and announced that the US embassy will be moved from Tel Aviv to Jerusalem.

The internet giant has come under immense criticism after making the change as it was completed before Trump’s decision was made public and also because US recognition does not change the status quo as per UN resolutions which have include that the status of Jerusalem will be decided during future negotiations. 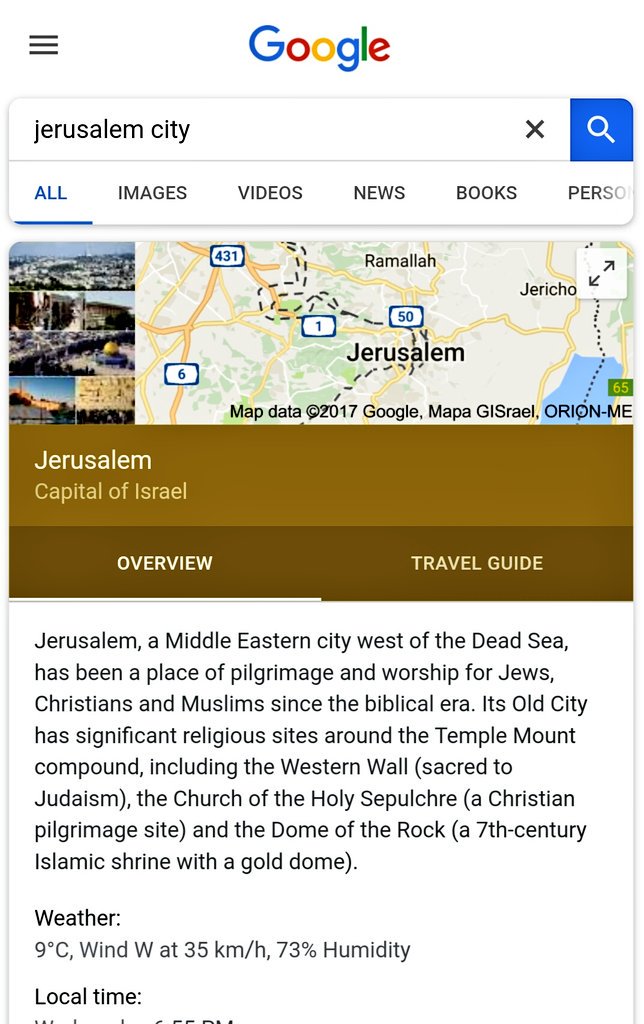 .@Google jumped the gun announcing #Jerusalem as the capital of #Israel ahead of #trump‘s speech which proves political influence & pressure.

Palestinians seek occupied East Jerusalem as the capital of their future state.