What had been rumored for months now appears close to becoming a reality: Ronda Rousey is set to join the WWE.

That’s according to USA Today, which cited two people close to Rousey in reporting Wednesday that the former UFC champion is “finalizing details” of a contract with the professional wrestling company.

Rousey, who hasn’t had an MMA fight since December 2016, has offered indications that she was interested in the WWE. Reports emerged in August that she was learning pro wrestling moves, and she was spotted at the time speaking with WWE executive Triple H at a taping for an all-female tournament.

Rousey was ostensibly there to cheer for her friend Shayna Baszler, a former UFC fighter competing in the tournament, but she wound up in a WWE segment that was shown in September. Rousey and her friends and MMA training partners Jessamyn Duke and Marina Shafir were confronted by a trio of leading WWE performers in Charlotte Flair, Bayley and Becky Lynch.

No words were spoken, except by Rousey, who told the WWE stars, “Name the time. Name the place,” then added, “Oh, not today? I’ll be waiting to hear from you.”

That scene ramped up speculation that Rousey would soon be performing in the ring for WWE, on a more permanent basis than her one-off appearance at 2015’s WrestleMania 31, when she teamed with Dwayne “The Rock” Johnson to clash with Triple H and Stephanie McMahon. It seems likely at this point that the WWE will continue a story line in which the former “Four Horsewomen” of MMA, Rousey, Baszler, Duke and Marina Shafir, tangle with the WWE’s current “Four Horsewomen,” Flair, Bayley, Lynch and Sasha Banks.

Duke and Shafir have reportedly also been training to cross over into pro wrestling. Their nickname with Rousey and Baszler was an homage to the Ric Flair-led “Four Horsemen” of the 1980s and ’90s.

Rousey has long been known as a big fan of pro wrestling, even as she rocketed to fame as an Olympic bronze medalist in judo and then became a dominant force in MMA. The UFC’s first female fighter, Rousey began her MMA career 12-0, usually dispatching her foes shortly into the first round, and won acclaim for her skills, looks and charisma. 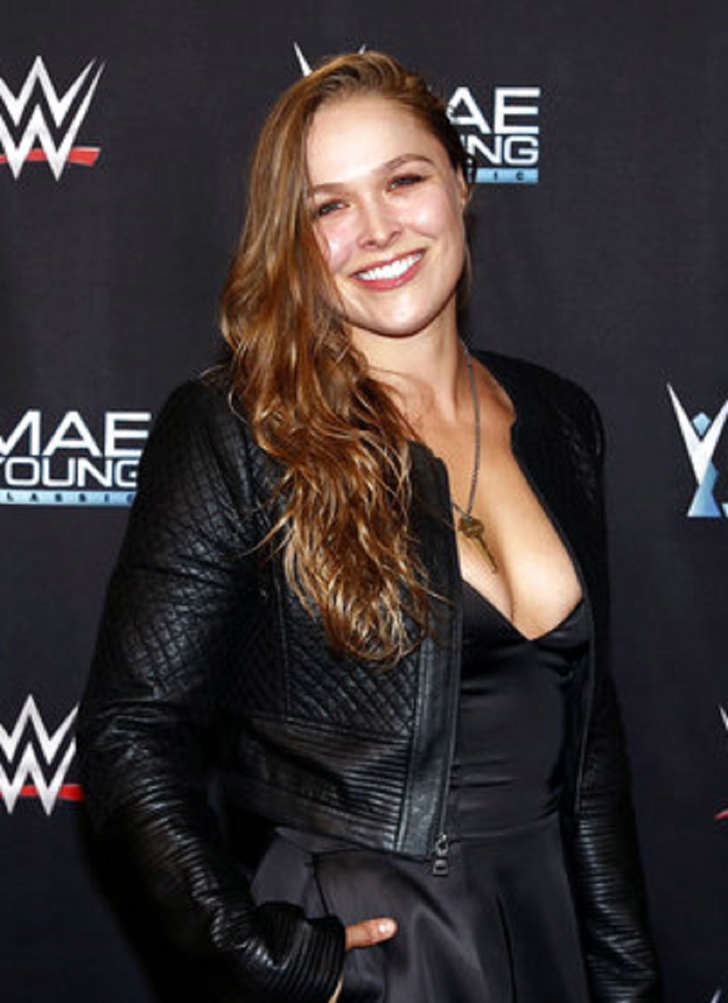 However, a stunning loss to Holly Holm at UFC 193 in November 2015 punctured her aura of invincibility, and after taking more than a year to recover and attend to a burgeoning acting career, Rousey was knocked out in just 48 seconds by Amanda Nunes at UFC 207.

That will almost certainly stand as Rousey’s final MMA fight, as even UFC President Dana White has said he doesn’t expect her back in the octagon. Meanwhile, she has appeared this year on NBC’s “Blindspot,” and is filming scenes for a Mark Wahlberg movie called “Mile 22.”

MMA Weekly reported Wednesday that, as production on that film is expected to last until February, Rousey would not be a full-time member of WWE but would participate in some of the company’s most high-profile events over the coming year. That will likely include an appearance at WrestleMania 34 in April.